The Empathy Gap Between White Social Workers and Clients of Color 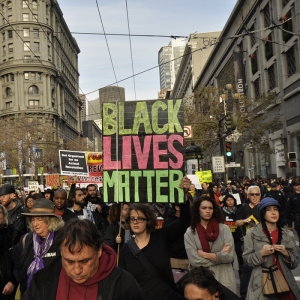 Empathy is a core human attribute — but it is far from infallible. In social work, an empathy gap tied to racial identity can lead to worse outcomes for people of color.

We like to think of ourselves and our colleagues as empathetic, but our experiences and actions can often contradict this notion. What does this mean for education and the world at large, and how can we improve this?

USC Suzanne Dworak-Peck School of Social Work: Could you describe the findings of your research, in broad strokes?

Terence Fitzgerald: In education and policy, there’s this myth that everyone in the field is open-hearted and has the best interests of every child in mind, regardless of socioeconomic or racial background. Social work as a profession has this general myth, too. We have a code of ethics, and our general approach prioritizes diversity and inclusion.

Outwardly, we project a high sense of empathy and drive toward the mission of social justice for all. But from my own experience as a social worker and speaking with my peers of color over the years, we feel that there is little evidence to support this claim. Few are willing to face the reality that empathy ebbs and flows, depending on its primary target.

When it comes to people of color, empathy is complicated. I'm interested in exploring the dichotomy that exists within the profession of social work and education (K-16), and the broader implications of this phenomenon. I wanted to see if white social workers, who claim a sense of empathy and recognize it as a foundation of our profession, truly express it across racial lines, and contrast this with the ideas and experiences of black people in the profession.

USC: Can the implications of this research be extended beyond the field of social work?

TF: I think this research has larger implications about empathy regarding groups that have been historically oppressed and at risk of discriminatory practices. With the rise of hate within the Trump era, scholars and social justice watch groups have documented evidence that proves racial tensions are not only alive, but kicking with a newfound fury. We see a similar issue in terms of immigration: who is seen as the "worthy" immigrant? In relation to immigration issues, some groups are seen as more deserving of empathy than others.

As a country, we say that we're empathetic. I say the same thing of social work as a profession. And the country is founded on aspects of empathy and altruism. But in practice, we pick and choose the degree of empathy that we direct towards particular populations. This goes beyond just social work. People don’t want to admit that their empathy is limited by racial lines.

USC: How did you assess the levels of empathy in your research? Have any patterns emerged?

TF: Though I'm still collecting data, over 900 participants have responded to my surveys. These questionnaires have two scales: an empathy scale and a truthfulness scale. Both scales have been used separately for years in different fields, but I decided to combine the two to look for certain patterns. Within our population of social work professionals, nobody really wants to say that they're less empathetic to people of color or reveal other prejudices. Combining the empathy assessment with the truthfulness assessment can help shed a light on how aware we are of our biases.

I’m starting to notice a pattern, especially among white social workers. Empathy tends to be inversely proportional to truthfulness. In other words, white participants believed they were empathetic, but their actions and experiences often suggested otherwise. Conversely, many people of color say that their peers treat them fairly, but that doesn’t play out in practice. Instead, a collective narrative has emerged of experiences that represent microaggressions, along with other overt and covert forms of racism.

USC: What strategies do you recommend for addressing this issue?

TF: In the future, I'm interested in seeing what happens when these findings are broken down by age. We don’t just want to know whether younger professionals are more empathetic to people of color, we want to know what we can do to enhance empathy among students and staff. Studies have shown that you can affect empathy, especially around the issue of race, by working to understand the history and the experiences of people of color. Knowing their pain allows you to see things through a different prism.

A lot of people, even in social work, have no training or experience that allows them to deal with these issues. Much of the white racial frame, which I also rely upon, consists of myths concerning people of color, specifically black people. These myths have been passed down for generations, and nobody’s immune. Many white students coming into our program need to unlearn that framework, and become more critical of its existence outside of the classroom.

If we’re as dedicated to diversity and inclusion as we claim we are, then we must work on recruiting people who understand this racialized lens. We must also enhance the lenses of existing staff, and the learning experience of students. If you aren’t required to take a class on race in a profession that deals with people of color, that's a problem.

Social work is not immune to the ills of racialized injustice. In order to enact change, we have to face this. Not only for our professors who are influencing students and policies, but for our students who are going out into the world and working with clients in a changing, diverse population. We can't keep turning a blind eye to the historical significance of race and how it affects our work, interactions, and lives today.