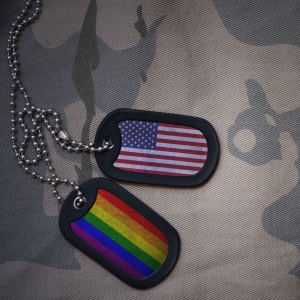 While the LGBT community has seen increased representation in the U.S. military in the past decade, strides are still being made to improve acceptance, integration and health for gay and transgender service members.

Today, gay and transgender military service members enjoy far more rights than they did even five years ago—but the fight continues to increase visibility and acceptance for this group in the armed forces.

The Military and Veterans Program at the USC Suzanne Dworak-Peck School of Social Work champions the rights, health and well-being of LGBT military service members and veterans. We’re taking a look back at the most significant developments for this group, and what’s on the horizon in the years to come.

1982: The U.S. Department of Defense (DoD) releases a policy stating that “homosexuality is incompatible with military service.” Between 1980 and 1990, an average of 1,500 military service members are discharged annually on the basis of sexual orientation.

1988: The results of a joint report conducted by the DoD and the Defense Personnel Security Research in Education Center reinforce the findings of a 1957 report claiming that gay and lesbian individuals enlisted in the armed forces pose no significant risk to security (which had previously been the rationale for barring gay individuals from enlisting in the military).

2015: Secretary of Defense Ash Carter announces that the Military Equal Opportunity policy has been modified to include gay and lesbian service members.

2016: The Senate confirms Eric Fanning as secretary of the Army, making him the first openly gay secretary of a U.S. military branch.

Spring 2015: Between April and July, a number of transgender service members—including Sgt. Shane Ortega, Airman Logan Ireland and Jamie Lee Henry, both a major and a doctor in the Army Medical Corps—come out publicly, garnering major media attention.

July 2017: President Trump announces that "the United States Government will not accept or allow transgender individuals to serve in any capacity in the U.S. Military," citing potential increases in medical costs as the driving factor behind the decision.

December 2017: A second federal judge rules against Trump's transgender military ban. The Department of Justice continues to appeal the ruling.

March 2018: Trump rescinds his previous policy in favor of a new policy denoting that "transgender persons with a history or diagnosis of gender dysphoria—individuals who the policies state may require substantial medical treatment, including medications and surgery—are disqualified from military service except under certain limited circumstances."

While the U.S. has made great strides toward equality in the military, there is still much work to be done to increase access and representation for members of the LGBT community.

Researchers across the globe, including members of the USC community, are working to increase representation, equity and health outcomes among LGBT service members and veterans. USC Suzanne Dworak-Peck School of Social Work Associate Professor Carl Castro, who served 33 years in the U.S. Army and rose through the ranks to become a colonel, and Associate Professor Jeremy Goldbach, who is director of the Center for LGBT Health Equity, are at the forefront of this research. Today Castro directs the USC Military and Veterans Program, chairs a number of NATO groups, and conducts research in conjunction with Goldbach on the integration and health of LGBT military service members.