Current research efforts include assessing the effects of combat and operations tempo (OPTEMPO) on soldier, family and unit readiness. 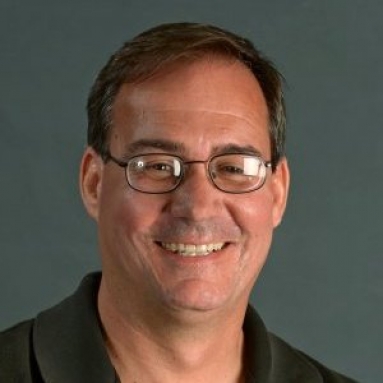 Current research efforts include assessing the effects of combat and operations tempo (OPTEMPO) on soldier, family and unit readiness.

Carl A. Castro is a professor, director of the Center for Innovation and Research on Veterans & Military Families and director of Military Veterans Programs at the USC Suzanne Dworak-Peck School of Social Work. He also serves as director of the USC-RAND Epstein Family Foundation Center for Veterans Policy Research. Professor Castro joined the faculty in 2013.
Before joining the University of Southern California, Professor Castro served in the U.S. Army for over 30 years, beginning his career as an enlisted infantryman and retiring at the rank of colonel. He served in a variety of research and leadership positions, including as director of the Military Operational Medicine Research Program, Headquarters, U.S. Army Medical Research and Materiel Command, Fort Detrick, Maryland. Professor Castro has completed two tours in Iraq, as well as peacekeeping missions to Saudi Arabia, Bosnia and Kosovo.
Professor Castro has chaired numerous NATO and international research groups and is currently co-chair of a NATO group exploring military and veteran violent radicalization. He is a Fulbright Scholar and member of several Department of Defense research advisory panels focused on psychological health. He is editor of Military Behavioral Health, the flagship academic journal about the biopsychosocial health and well-being of service members, veterans and military families.
Professor Castro has authored more than 150 scientific articles and reports in numerous research areas. His current research efforts focus on assessing the effects of combat and operations tempo (OPTEMPO) on soldier, family and unit readiness, and evaluating the process of service members’ transitions from military to civilian life.
To reference the work of Carl Castro online, we ask that you directly quote their work where possible and attribute it to "Carl Castro, a faculty at the USC Suzanne Dworak-Peck School of Social Work” (LINK: https://dworakpeck.usc.edu) 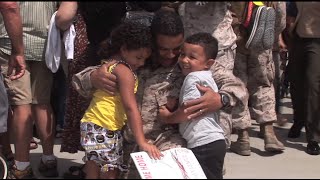 Research at the Tip of the Spear | Psychiatrists in Combat

Carl Andrew Castro
2017 This essay is a personal story that spans a period of approximately 30 years, yet focuses on my time conducting behavioral health research during the war in Iraq. It is based on my memory and view of events that transpired before and during the invasion of Iraq and Afghanistan—conflicts that I like to refer to as the Great Wars on Terror.

As suicide rates among active-duty service members and veterans continue to outpace rates among the general population, researchers from the USC Viterbi School of Engineering and the USC Suzanne Dworak-Peck School of Social Work have joined forces to use technology to identify, as early as possible, those at risk. The collaboration, as part of the USC Center for Artificial Intelligence in Society, or CAIS, is believed to be one of the first of its kind to use artificial intelligence to model the strength or weakness of military personnel’s social networks to ascertain suicidal thinking, depression and anxiety. The work by the USC interdisciplinary research team will be supported by a $600,000 grant from the Army Research Office. An estimated 8,000 military veterans commit suicide every year, according to a 2012 report issued by the U.S. Department of Veterans Affairs. Additionally, one active-duty member kills himself or herself every 36 hours, according to 2010 statistics from the Centers for Disease Control and Prevention. Team members include: Milind Tambe and Eric Rice, co-founders of the USC Center for Artificial Intelligence in Society Carl Castro, associate professor of the USC Suzanne Dworak-Peck School of Social Work, retired U.S. Army colonel and research director for the USC Center for Innovation and Research on Veterans & Military Families Phebe Vayanos, assistant professor of industrial and systems engineering and computer science and associate director of CAIS. The team hopes to use the lessons learned from their study to increase early interventions for at-risk military personnel and veterans facing acute stress during transitional moments. These include deployment, returning home from service, joining and leaving the military, and transferring to a different duty assignment in the U.S. and abroad.