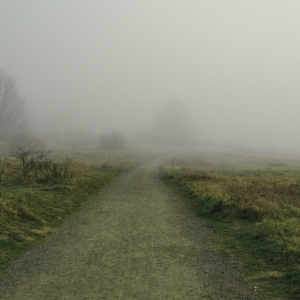 Service men and women who feel disenfranchised may be prone to extremist ideologies and violent behavior, according to emergent research.

Today, it is impossible to ignore the phenomenon of mass violence and the heightened visibility of racial, religious and nationalist extremist ideologies—many of which have been fueled by an increasingly volatile political climate. According to a 2017 statement from Nicholas Rasmussen, former director of the National Counterterrorism Center, “here in the U.S., homegrown violent extremists (HVE) present the most immediate and unpredictable threat. During the past 10 years, HVE attacks have led to nearly 100 deaths and hundreds of injuries in the U.S.”

In particular, politicians, researchers and domestic counterterrorism activists have become increasingly concerned with radicalization among U.S. military service members and veterans. Hazel Atuel is a research associate professor in the Department of Adult Mental Health and Wellness at the USC Suzanne Dworak-Peck School of Social Work. In recognition of Antiterrorism Awareness Month, Atuel spoke to us about why military service members may be especially vulnerable to radicalization — and what can be done to counteract extremism on the ground.

USC Suzanne Dworak-Peck School of Social Work: What sparked your professional interest in radicalization among military service members, and what research have you conducted on the subject to date?

Hazel Atuel: In 2015, I joined the Center for Innovation and Research on Veterans & Military Families, where I was able to pursue my research on social identity as it relates to the military.

In the summer of 2016, two back-to-back police shootings were perpetrated by U.S. military veterans—Micah Xavier Johnson in Dallas and Gavin Long in Baton Rouge. The press claimed these shootings were tied to the growing Black Lives Matter movement, but I felt questions surrounding motive lingered. Carl Castro and I began to consider motivating factors, and hypothesized that identity—or the ways in which people belong to groups that become sources of their self-definition and beliefs— plays into the process of radicalization.

In the wake of last year’s Charlottesville protests, which involved high-profile veterans like Nathan Damigo, this work feels more important than ever before. We have recently partnered with University of Maryland Distinguished Professor Arie Kruglanski, who has developed a theory on radicalization and deradicalization, to conduct new research into the factors that may drive military service members toward extreme ideologies and behaviors.

USC: We know that radicalization can take many forms. What kinds might military service members and veterans be especially susceptible to?

HA: Military service members and veterans, just like their civilian counterparts, are susceptible to any kind of radicalization depending on a number of factors, including their background, beliefs, experiences, peer networks, and what kind of communities they engage with prior to, during or after military service. Radical ideologies may be rooted in religion, race or nationalism, and may manifest as a belief system centered on one or more of these categories.

It’s important to avoid generalization—the U.S. does not merely face terrorism at the hands of Islamic extremists, although that may be the most dominant narrative in the media. In fact, evidence has shown that homegrown right-wing radical groups carry out twice as many violent attacks as Islamic extremists.

USC: What factors might make a radical ideology appealing to a military service member or veteran?

HA: Though Dr. Kruglanski, Dr. Castro and I are conducting some of the first official research on this subject, speculation about military service members’ tendency to join radical groups is nothing new. In 2009, the U.S. Department of Homeland Security expressed particular concern about right-wing extremists targeting veterans for their military expertise.

However, aside from potential targeting, service members may be attracted to extremist ideologies because such groups offer an alternative to other civilian groups that they feel would not validate their identity in the same way. Extremist groups themselves often function as militant organizations, offering a sense of belonging to veterans and a valued military identity.

In addition to the appeal of preserving a military identity, other factors may put some service members at higher risk. Service men and women who feel especially marginalized or disenfranchised in their own community or society at large are more likely to find a sense of belonging in radical groups. This may include a feeling of racial or ethnic disparity or a sense that some systemic injustice or wrongdoing has been carried out against them or a member of their group.

USC: What are some common external signs of radicalization or involvement in a radical group?

Radical groups are also frequently inspired by historical writings or philosophies. Neo-Nazis, for example, often possess a copy of Hitler’s Mein Kampf, since the ideologies of Nazi Germany are at the center of their belief system. Take note of any extremist texts in a person’s personal collection.

In today’s world, the biggest telltale sign is an abundance of online interactions with other extremists and members of radical groups. Though radical movements can grow from face-to-face interaction, in the 21st century, most extremist groups have gained significant followings through social media and internet forums.

USC: What should I do if I suspect someone I know has become radicalized?

HA: No matter what, you must intervene—even if it’s a close friend or your child. This will, of course, be difficult: you may risk the loss of the relationship or even your own reputation, since there is always stigma surrounding families and friends of radicals. However, intervention is crucial because it can help ensure the safety of you and your loved ones and can potentially lead to rehabilitation for the affected individual.

The most effective intervention is a community-based approach that will involve mental health, law enforcement, religious community stakeholders and racial advocacy groups. For example, in Los Angeles the Mayor’s Office has an ongoing initiative that brings together all these resources in combating violent extremism. A call to one agency (e.g., police) activates all the others. Other cities and counties in the US and abroad have adopted this community-based model. Also, connect the person with a nonprofit group focused on deradicalization. There are many such groups, including a number of organizations with highly effective peer-to-peer approaches to deradicalization.

One such group is Life After Hate, whose members were once violent extremists but have changed their lives and now work within communities to help people disentangle themselves from radical groups. Remember, radicalization requires socialization processes. I have met ex-neo-Nazis whose purpose today is to say to radicalized people, “I’ve been where you are, and I’m here to tell you that life on the other side is a good and fulfilling life.”