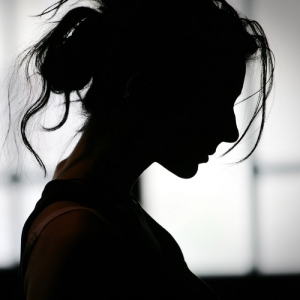 New research indicates that service members and veterans who identify as bisexual may be at higher risk for mental health issues including PTSD and depression than their gay, lesbian or heterosexual peers.

Katie McNamara, a U.S. Air Force captain and third-year doctoral student at the USC Suzanne Dworak-Peck School of Social Work, has always been an activist and advocate for the LGBT community—but her current focus on the mental health of bisexual veterans arose from a perceived gap in existing research: “there’s quite a bit of research on military and veteran mental health and LGBT health, but very little that combines the two. And before this project, there was absolutely nothing specifically focusing on the sexual minority subgroup of bisexual military-affiliated individuals,” she said.

After earning sponsorship from the Air Force to pursue her PhD in social work, she chose USC because of the “groundbreaking research on military-specific LGBT issues being conducted here.” For her recent research on LGBT inclusion and retention in the military, as well as the health, social and psychological issues faced by subpopulations of the community, McNamara teamed up with professors Jeremy Goldbach, Sara Kintzle and Carl Castro of the USC Military and Veterans Programs, as well as Air Force clinical social worker Carrie Lucas, PhD. The results of the study shed light on the mental health challenges faced by bisexual veterans, as well as the initial steps that can be taken to bridge this gap.

Bisexual representation in the military

Today, there are an estimated 1 million gay, lesbian and bisexual veterans in the United States. Bisexual individuals represent the largest segment of the LGBT community—and interestingly, both bisexual men and bisexual women are overrepresented among those who have served in the military.

While laying the groundwork for this research, McNamara noticed a troubling oversight in previous research methods.“There is evidence that bisexual individuals may be at higher risk for mental health issues than lesbian and gay individuals. Yet when it came to the existing research, lesbian, gay and bisexual people were usually studied as a single group, most often with lesbians and gays as the focal point of the study,” she said.

To tackle the gaps in the literature surrounding the mental health of bisexual service members and veterans, McNamara set out to conduct a thorough statistical analysis using a multi-city sample. Her findings were conclusive: “Even when I controlled for a wide range of specific demographic and military-related variables that might put some populations at higher risk for certain mental health issues, the results still indicated that bisexual veterans fare more poorly in terms of mental health outcomes,” she said.

The connection between trauma and mental health

While further research is needed to evaluate the causal factors that may contribute to bisexual veterans’ increased risk for depression and PTSD, a large body of existing research suggests that both depression and PTSD are often linked to trauma. Previous studies have already confirmed that LGB service members are at elevated risk for sexual assault and other types of interpersonal violence—among the bisexual subgroup, it could be even higher.

Research has shown that a supportive community is one of the most critical factors that can moderate the negative psychological effects of being a sexual minority. Unfortunately, bisexuals are much less likely to be “out” than lesbian and gay people (28 percent, versus 71 percent and 77 percent, respectively), which means they are less likely to have a community of like-minded individuals and allies to rely upon.

McNamara also points to what is often referred to as “bi erasure”—the tendency, among both heterosexual and LGBT communities, to downplay bisexuality as “a phase” or mere indecision. “If a person is experiencing a lack of validation and affirmation of a critical component of their identity, they may suffer mental consequences from this lack of support,” she said.

Providing support for LGBT subgroups in the military

Moving forward, McNamara hopes to see a shift in military culture that leads to greater acceptance and affirmation of LGBT service members and veterans. “The era of ‘don’t ask, don’t tell’ is over—yet I would be surprised if most commanders could tell you how many lesbian, gay, bisexual or transgender people serve in their unit. This needs to change,” she said.

McNamara also hopes that more research will be conducted on the issues that affect specific subgroups of the LGBT community in the military, rather than lumping together these diverse populations and generalizing their experiences.

“The U.S. has an all-volunteer military,” she said. “Like all members of the military, LGBT service members choose to make huge personal sacrifices in order to serve their country. We owe it to them to gain a deeper understanding of the issues that disproportionately affect this population, and create better systems to support them.”