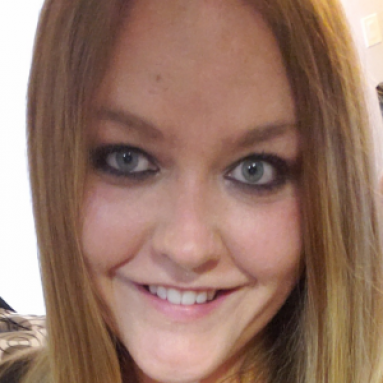 Dr. Sara Kintzle joined the University of Southern California in 2013 after graduating from the University of Georgia's doctoral Social Work program. Dr. Kintzle also received Master's and Bachelor's degrees in Social Work, as well as a Bachelor of Arts in Psychology, from the University of Iowa. She is currently an Associate Research Professor in the USC Suzanne Dworak-Peck School of Social Work where she serves as Deputy Director of the Military and Veterans Programs. Dr. Kintzle has focused on building an expertise in the life experiences of individuals who currently or previously served in the United States Armed Forces. Her expertise broadly focuses on four areas: 1) the building and validation of theory as a mechanism for understanding the challenges faced by current and former service members; 2) leading research studies aimed at providing insight into the experience of service members and veterans that include the following topics: diversity and inclusion in the military, the impact of gender, race/ethnicity, sexual orientation and sexual identity on the experience of serving, risk and protective factors related to successful military transition, challenges to psychological and physical health, risk for suicide, sexual harassment, stalking and sexual assault, the experience of National Guard and Reserve service members and securing post-service employment; 3) the development and testing of interventions, informed by both theory validation and research findings, aimed at the prevention of adverse outcomes for service members and veterans; and 4) translating scientific findings into program and policy recommendations.
Dr. Kintzle’s work at USC includes a demonstrated record of obtaining external funding. She is currently the lead principal investigator on the first Southern California Veterans Study, which will assess the experience and needs of veterans in Los Angeles, Orange and San Diego Counties. In 2018, as Co-Principal Investigator, she received a grant from the Army Research Institute to examine diversity and inclusion in the Army. The study explores the experience of diverse populations in the Army, as well as how divergence between policy, messaging and actions around diversity and inclusion impact military readiness and performance. From 2015-2018, she served as Co-Principal Investigator on a Department of Defense grant investigating the comparative efficacy of peer-to-peer role play, standardized actor patient training and virtual client training in training social work students in culturally competent military practice. Dr. Kintzle has two grants under review with the Department of Defense. The first, which has been recommended for funding, is a research study examining the experience of women who have children during military service and their return to duty. The second is an intervention study testing the efficacy of a sexual trauma prevention program.
Dr. Kintzle has earned a reputation as an emerging national and international leader on issues related to military service. In 2021 she presented to President Bidens Department of Defense Independent Review Commission on Sexual Assault in the Military. She represented the United States as an expert on a NATO panel addressing sexual violence in the military in 2017. In 2015, she spoke on a panel at the National Press Club in Washington D.C. regarding her work on economic and employment challenges facing U.S. veterans. Dr. Kintzle has over 50 published articles and reports and over 70 accepted conference presentations.
Along with her extensive research experience, Dr. Kintzle is dedicated to teaching, mentoring and service. She has mentored students at all levels, including postdoctoral, doctoral, masters and bachelors students. Her mentorship has led to numerous student/staff-led publications and conference presentations. In 2017 she co-founded the Military Academic Center, and currently serves as its Deputy Director. In this role she has led the military social work curriculum as well as developed new supportive services for military connected students.

2017 Research examining military families is often limited by data collection challenges. Big data approaches can provide greater data access and a more robust picture of individuals, groups, and systems. In this article, the authors discuss the use of big data for military family research. First, they describe the Person-Event Data Environment, a big data solution currently used by the Department of Defense. Then, they discuss several datasets that incorporate constructs of interest to family researchers, including the Family Global Assessment Tool (GAT), a dataset on psychosocial well-being. Next, the authors describe the sample of spouses who have completed the Family GAT (n = 1250). Finally, they discuss theoretical frameworks that provide a foundation for big data research on military families, noting potential future directions.

2016 This study examines the association between veterans’ physical and mental health symptoms and perceptions of adverse child and relationship functioning. Veteran responses to the PHQ-15, assessing physical health; the PCL-C, assessing PTSD symptoms; and reports of family challenges were drawn from a countywide veterans survey. Findings indicate physical health (OR = 1.048; 95% CI, 1.002, 1.098) and post-traumatic stress disorder (PTSD) symptomatology (OR = 1.019; 95% CI, 1.004, 1.034) independently predicted increased child difficulties. Similarly, physical health (OR = 1.081; 95% CI, 1.012, 1.154) and PTSD symptoms (OR = 1.043; 95% CI, 1.022, 1.065) independently impacted relationship difficulties. Using standardized coefficients to compare, PTSD symptoms were a stronger predictor across both models. Results highlight the dual importance of assessing both veterans’ physical and mental health symptoms to understand family functioning. Additionally, these findings underscore the importance of longitudinal research, which can follow families beyond separation from the military.

The State of the American Veteran: The Chicagoland Veterans Study | USC School of Social Work, Center for Innovation and Research on Veterans & Military Families

2016 The State of the American Veteran: The Chicagoland Veterans Study, conducted by the University of Southern California (USC) School of Social Work Center for Innovation and Research on Veterans & Military Families (CIR) and in partnership with Loyola University Chicago School of Social Work, is an effort to provide data-driven recommendations for serving the large population of veterans residing in Chicago and the surrounding area. Service members encounter a series of needs as they transition out of the military. These include securing employment and housing, addressing physical or mental health issues and adjusting to civilian culture. The ease through which this transition is made has a profound impact on post-service well-being. In an effort to examine how Chicagoland veterans have managed this transition as well as the current state of their overall needs, the Chicagoland Veterans Study surveyed 1,294 veterans living in Cook, DuPage, Lake and Will counties. In addition, focus group interviews were conducted to supplement the findings from the survey. The findings from the current study closely mirror those observed from similar studies conducted in Southern California in Los Angeles and Orange counties (Castro, Kintzle, & Hassan, 2014). That many findings and recommendations are similar across cities and states is critically important as it indicates a national veteran transition effort is needed and that veteran transition is not just an issue for a single city or state. Further, commonalities across cities and states indicate a broader systemic issue, which will require systemwide changes.

Ptsd Symptoms, Suicidality and Non-suicidal Risk to Life Behavior in a Mixed Sample of Pre- and Post-9/11 Veterans | Social Work in Mental Health

2016 This study investigated relationships between symptom clusters of posttraumatic stress disorder (PTSD), suicidal ideation, suicide plan, and non-suicidal risk to life behavior (NSRB) behavior in a sample of 1,356 pre- and post-9/11-era military veterans. After controlling for a positive PTSD screen, results indicated that suicidal ideation was significantly associated with re-experiencing symptoms (OR = 1.12), White race (OR = 1.82) and use of pain medication (COR = 1.62). Suicide plan was associated with avoidance symptoms (OR = 1.08), and NSRB with hyperarousal symptoms (OR = 1.11) and severe alcohol use (OR = 2.10). Standardized coefficients indicated that re-experiencing symptoms (b = .38) were a stronger predictor of suicidal ideation than White race (b = .16) or pain medication (b = .12) and that hyperarousal symptoms (b = .36) were a stronger predictor of NSRB than severe alcohol use (b = .15). The interpersonal–psychological theory of suicide was used to frame a discussion of military specific suicide risk as well as the risk of premature death among veterans who endorse NSRB but not suicidality. We suggest that this subset of veterans may be overlooked by traditional screening methods while nonetheless presenting with great risk for premature death.

The State of the American Veteran: The San Francisco Veterans Study