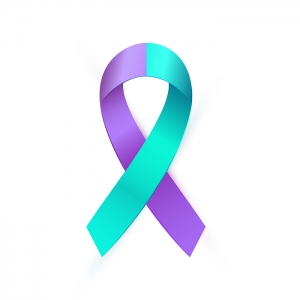 One suicide leaves a heartbreaking trail, notably affecting an estimated 135 surviving people. The thousands of suicide deaths that occur each year among U.S. military veterans are a cause for national mourning.

Efforts by researchers at the USC Suzanne Dworak-Peck School of Social Work are helping shape a deeper understanding of what causes suicide — with the aim of preventing more deaths — by looking more closely at when suicides happen.

September is National Suicide Prevention Month, and that has many focusing on the problem of military and veteran suicides. From 2005 to 2017, suicide deaths in the U.S. have been on the rise in general and among veterans. About 17 suicide deaths occur every day among U.S. military veterans, a number that has stayed stubbornly steady for roughly a decade despite national task forces, multiple new initiatives and an influx of funds.

Looking at when as well as why

“Most studies on suicide look at the risk factors associated with attempted suicides or deaths that result in suicide, and then develop interventions to address those risk factors,” said Carl Castro, director of the Military and Veterans Programs (MVP) at the USC Suzanne Dworak-Peck School of Social Work. “However, risk factors are not necessarily causal. In fact, they rarely are.”

Several years ago, an answer started to take shape. Castro and fellow researcher Sara Kintzle, research associate professor for MVP, published a study that seemed to pinpoint the times when veterans are more prone to suicide. In brief, this study, published online in Current Psychiatry Reports in June 2014, found that veterans were more likely to end their own lives when they saw themselves as a burden to family and others, and when they felt socially isolated with no meaningful personal connections.

Those times of transition — when veterans and members of the military may feel vulnerable and cut off from prior social networks — are ripe for targeted interventions aimed at preventing suicides.

Reaching out at points of transition

More recently, the MVP completed studies of the needs of veterans in four regions: Los Angeles, Orange County, San Francisco and Chicago. While there were some differences across the locations, some universal trends emerged: a lack of preparedness for transition and a lack of understanding of expectations for what life would be like after the military. For example, in the Los Angeles County study, 80% of those surveyed didn’t have a job when they left the military; 60% didn’t have permanent housing arranged. It was a recipe for challenges and stress.

Exacerbating the challenges of transition are a combination of factors unique to military populations: traumatic brain injuries, post-traumatic stress and indoctrination into a military culture that can be resistant to seeking help. The small size of the modern military means that many people do not know anyone who has served, a contributing factor to the sense of isolation that many in the military experience as they return to civilian life.

The MVP aims for a deep understanding of the problems and challenges veterans face. The work is key to their research. Kintzle also hopes that these efforts at understanding and communicating veterans’ issues will help social workers better serve veterans who come to them for services. While veterans may find it easier to seek help from others who have served, it may not always be possible. That’s where building understanding about what military service is like is key for everyone who wants to help veterans and prevent more suicides.

“We owe our best efforts to help the people who have made the sacrifice of military service,” Kintzle said. “We have to think differently about suicide prevention, finding better ways to intervene at these points of transition.”

Suicide is a complex issue and current and future research aims to deepen understanding of the myriad contributing factors and development of real, effective solutions that reduce the number of veterans dying by their own hand. Many researchers and officials openly acknowledge that suicide prevention efforts to date have been costly but had little effect in reducing the number of suicides.

More than 20 research studies are in the works by research teams affiliated with the Military Suicide Research Consortium (MSRC). Part of the U.S. Department of Defense’s suicide prevention strategy, the MSRC seeks to produce and share new scientific knowledge about suicidal behavior in the military as well as train new military suicide researchers . Castro is among the dozens of researchers who have joined its membership ranks.

A partnership study between MVP and the USC Center for Artificial Intelligence in Society (CAIS) will track attitudes and wellbeing of military members through deployment and back into civilian life. Kintzle hopes that the study being led by Castro and USC CAIS co-founder and director Eric Rice will shine a bright spotlight on the particular challenges of transitions like deployment and return.

“Our focus is on discovering what we might be missing,” Kinzle said. Down the road, the goal is to use this data to test what kinds of interventions might make a difference.

But racing toward a quick solution is not the aim. As the past decade of unchanged military suicide rates demonstrates, jumping to solutions with an influx of financial resources does not always work.

Through the work of MVP and others, Castro and Kintzle hope that researchers and policymakers will use a fuller understanding of the issues to ensure the right problem is being addressed. As of right now, data points to the need for more social networks and community connections for military members at points of transition.

“One of the accepted risk factors of suicide is the lack of strong, meaningful relationships,” Castro said. Researchers are investigating whether or not social relationship might be an impactful place for a suicide prevention intervention. “We think it holds great promise for addressing suicides,” he said.

In the end, the stakes are high and researchers hope their work will make a real difference in the future.

“We owe it to our military veterans to put in the work and solve this problem,” Kintzle said.