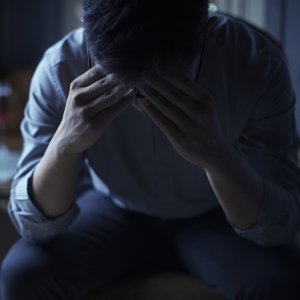 Knowing the key risk factors and warning signs of alcohol abuse helps you be prepared to take preventative action.

Each year, some 88,000 Americans die from excessive alcohol consumption, and according to the National Council on Alcoholism and Drug Dependence (NCADD), alcoholism is the third most common lifestyle-related cause of death in the United States.

To draw attention to this widespread problem, the NCADD sponsors Alcohol Awareness Month every April. USC Suzanne Dworak-Peck School of Social Work Interim Dean and Professor John D. Clapp, a leading international scholar on alcohol problem prevention, provided insight into the complex risk factors, social determinants and warning signs of alcohol abuse—as well as the tech-driven interventions that could reduce the prevalence of such use.

Clapp is careful not to make generalizations about alcohol abuse, as there are distinct risk factors and effects associated with different patterns of consumption. “While binge and chronic drinking can be co-morbid, they must be understood independently,” he said.

While binge drinking is not typically associated with alcohol dependence, it can still have harmful outcomes, including higher rates of sexually transmitted diseases, violence, sexual assault, injury due to car accidents, falls and burns, fetal alcohol spectrum disorders, various cancers, and chronic conditions such as heart disease, stroke and liver disease. In fact, the Centers for Disease Control and Prevention (CDC) cite binge drinking as the most common, costly and deadly pattern of excessive alcohol use in the country.

Alcoholism, or alcohol use disorder (AUD), involves physical and emotional dependence in addition tochronic use. NIAAA categorizes AUD as “a chronic relapsing brain disease characterized by compulsive alcohol use, loss of control over alcohol intake, and a negative emotional state when not using.” AUD may be categorized as mild, moderate or severe based on symptomologies outlined in the American Psychiatric Association’s Diagnostic and Statistical Manual of Mental Disorders (DSM–5).

In addition to physical health risks such as liver failure, nerve damage and respiratory infections, alcoholism can cause a range of mental health problems, depression and anxiety foremost among them. Further, AUD can lead to social issues like decreased productivity, financial problems, unemployment and strained interpersonal relationships. “Overall, AUD can lead to a reduced quality and longevity of life,” Clapp said.

“When it comes to binge drinking, social factors exert a significant influence,” Clapp said. “A person is at higher risk for binge drinking if they are surrounded by peers who are binge drinking or are in a setting in which heavy drinking is more socially acceptable—like a party or bar.”

He pointed to other social factors that may play a role in one’s choice to binge drink, including personal motivation, influence from peer networks (“peer pressure”) and the availability of alcoholic beverages.

Pinpointing the provenance of chronic alcohol abuse is more complex, as there is significant evidence suggesting that genetic factors can predispose a person to alcoholism. Cross-study analyses have led many researchers to believe that the proportion of risk for alcohol dependence from inheriting it is between 40 and 60 percent.

Clapp identified three major categories in which one might see critical indicators that a person has a drinking problem: social signs, physical signs and psychological signs.

Social signs of a serious drinking problem include relationship, career or legal issues. “If one’s drinking habits are interfering with hobbies and social activities, damaging interpersonal relationships, leading to arrests, causing trouble at work or making it difficult to maintain employment, the person likely has a problem with alcohol,” Clapp said.

Physical signs of alcohol abuse include bodily effects like heightened tolerance or withdrawal. “Increased tolerance occurs when one must consume greater volumes of a substance in order to achieve the same desired effect of feeling ‘buzzed’ or drunk,” he said.

Symptoms of withdrawal manifest in substance-dependent users when they attempt to cease using alcohol or another addictive substance. According to Clapp, “In withdrawal, heavy drinkers can experience intense cravings, vomiting, shakiness, sweating, loss of appetite and even hallucinations or seizures, depending on severity.”

A slew of psychological issues may also indicate an alcohol use problem. “On the acute level, stereotypes of the ‘mean drunk’ can be true, because psychoactive substances tend to enhance one’s current state of mind,” Clapp explained. “If a person is already experiencing stress or is in a bad mood, they may be more likely to become aggressive or angry when drinking.”

Research has repeatedly illustrated patterns of comorbidity of chronic alcoholism, depression and anxiety. As such, elevated stress levels and exacerbated signs of mental health issues—including social withdrawal, changes in mood and appetite, agitation and more—may be signs of a drinking problem.

“Many people turn to alcohol and drugs to alleviate stress or escape from depression or anxiety,” Clapp said. “Unfortunately, using alcohol as a coping mechanism creates a self-perpetuating cycle that ends up exacerbating existing mental health issues.”

How to Get Help for Problem Drinking

Many people have a desire to simply reduce the frequency or volume at which they drink, which Clapp says is often a manageable goal for individuals to undertake on their own.

“A person can regulate their own drinking by implementing strategies to help reduce consumption,” he said. “Examples include avoiding settings with high levels of pressure from peer networks and environmental conditions, alternating alcoholic beverages with glasses of water, and making time for exercise, meditation or other forms of self-care.”

However, those who suffer from AUD often need professional medical or psychological treatment. “The first step requires a person to admit they need help, which is often incredibly difficult since it involves self-awareness, humility and overcoming the social stigma attached to alcohol use problems,” Clapp pointed out.

If a person knows they have a chronic drinking problem, they should consult their physician, who should be well-prepared to recommend effective treatment options. Among other things, a trusted physician can offer referrals to mental health practitioners or specialists who are equipped to treat the specific medical conditions associated with chronic alcohol abuse.

Developmental interventions are deployed during childhood and adolescence to help young people acquire skills for resisting inappropriate drug and alcohol use. Family- and school-based interventions often fall into this category.

The other primary approach to intervention involves the application of environmental prevention strategies that seek to impose restrictions on environmental factors rather than influence individuals’ decision-making processes. As such, environmental interventions are often community-focused initiatives that affect public policy and regulation in a way that deters alcohol abuse.

“Environmental interventions may include restricting access to alcohol, increasing awareness of alcohol-related issues, implementing economic policies such as taxation, and regulating the placement of substances at commercial locations,” Clapp said.

As technologies like 5G mobile connectivity, artificial intelligence, and augmented and virtual reality continue to proliferate across various sectors, Clapp anticipates that substance abuse experts, social workers and entrepreneurs will start to develop a range of tech-based preventative interventions.

“At the most basic level, we’ve already seen the genesis of this movement with ridesharing apps like Uber and Lyft, which have the potential to reduce drunk driving rates and encourage safer habits,” he said.

Clapp is confident we’ll see mobile apps that will automate ride-hailing or coach users to pace their drinking in the near future. As a potential blueprint for such projects, he points to existing platforms like Circle of 6 — a smartphone app aimed at reducing rates of sexual assault and violence that enables friends to contact each other with just two clicks any time they feel unsafe.

Geofencing, the practice of establishing a virtual perimeter that corresponds to real-world geographic points, could also play a major role in the evolution of preventative interventions. Preliminary studies seek to demonstrate that mobile app-based geofencing prevention strategies can be effective in reducing the average number of drinks consumed by users with problem drinking habits when boundaries were established around certain areas of high risk.

“I anticipate that the field of substance abuse prevention will increasingly rely on a marriage of technology and environmental, policy-focused approaches that will result in more effective interventions,” Clapp said.