Bringing Diversity, Equity and Inclusion to the Front of the Class 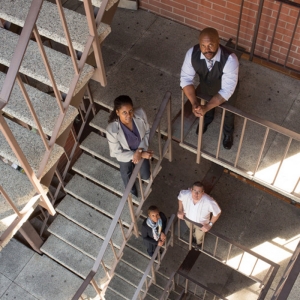 “My skin color is brown,” said Melissa Singh. “Being this skin color, I’ve always wanted to be included.”

As a student, Singh, clinical associate professor of field education at the USC Suzanne Dworak-Peck School of Social Work, always did extra reading on any subject she was studying to ensure there would never be a good reason to exclude her from a conversation. Now, as a professor, she seeks to incorporate all the voices in her classroom to have this discussion.

Issues surrounding diversity, equity and inclusion are not new. They are also far from being issues of the past. Through immigration, travel bans, pipeline protests, and police violence, this is all taking center stage, yet again.

“We’ve been here before,” said Clinical Associate Professor Terence Fitzgerald, an expert on racism and social inequality and the author of Black Males and Racism: Improving the Schooling and Life Chances of African Americans. “It’s easy for people to get lost and not be engaged, just out of touch until the next fire happens, until the next Trayvon Martin.”

The school hopes to change this by opening wide the doors to conversation on this often sensitive and divisive subject.

Five years ago, the school initiated a Committee on Diversity and Inclusion to address racism and social inequity head on by creating safe spaces in which students, faculty and alumni could have courageous conversations and difficult dialogues that critique and analyze problems affecting individuals, communities and organizations.

Renée Smith-Maddox, clinical associate professor, and Rafael Angulo, clinical professor of field education, have served as co-chairs for the committee, which gives the school an opportunity to focus on current events dividing our nation.

“We have used the work of activist groups like Black Lives Matter and invited family members of those who have been lost to police violence to speak on campus about the impact it has on our communities,” Smith-Maddox said. “We provided an insider’s look at that movement to understand the circumstances that give rise to advocacy and activism.”

The committee also developed an annual survey to gauge student comfort with discussing issues of race and equality to determine if they had opportunities to connect with material relating to diversity and inclusion. Interestingly, one question received consistently high results.

Angulo says almost 80 percent of surveyed students indicated they wanted a course offered specifically on diversity and inclusion. A similar survey was also administered to faculty and there was a definitive call to develop curriculum that will expose students to a deeper understanding of these issues.

“I’m really happy there is a consensus around this,” Smith-Maddox said. “I see it as such forward movement in thinking about how we want to train our students. But we need to be clear on what it is we’re trying to teach and have the ability to deal with the discomfort of teaching a course like this. Being interested in the topic is not good enough.”

Singh concurs. As a professor based in Orlando, Florida, for the Virtual Academic Center (VAC), she regularly witnesses the complexities of these issues as it relates to her students.

The mix in a VAC classroom can range from students based in large metropolises to those who live in a town with one traffic light. Their knowledge and experience as it pertains to topics such as race, sexual orientation, or religious beliefs varies greatly.

“I need to be aware that I have different opinions in my classroom,” she said. “If one student attacks another student, or me, how am I going to stop that and make it into a productive, teachable moment? It’s a safe space to voice your opinion, but don’t come to class, get riled up, leave and never think about it again.”

As an assistant to the school’s Committee on Diversity and Inclusion and a community activist, second year MSW student Janice Boafo believes the first step is to be in agreement in understanding that diversity is a living concept.

“There is a desperate need for this course and additional opportunities to engage diversity in a meaningful way within the current curricula,” she said.

In many ways, addressing diversity and inclusion go hand-in-hand – the definition of diversity being the inclusion of different types of people. Equity – justice according to natural law or right, freedom from bias or favoritism – is another matter entirely.

Too many people still endure daily judgement based on the color of their skin, their gender, who they love, their religious or political beliefs, poverty level or ability and not on the content of their character. Issues around equity can also be easy to miss if all the appropriate boxes appear to be ticked.

“You can have people of color at the table, but if their voices are not considered valuable, then they’ve just been allowed at the table so that someone at the top can add their colorful faces to some civil rights data,” said Fitzgerald. “We have a system that essentially protects itself from those who want to come beyond the barriers and obstacles because there is a fear of loss of power or resources.”

Fitzgerald specializes in the impact of race on children, particularly institutional racism within the education system. His own experiences in school as a young man of color – from racial slurs to negotiating an un-level playing field – shaped his academic pursuits.

“I felt a natural obligation to help those that were younger than me to not go through what I did,” he said, “to affect the system so that it doesn’t create the same insecurities that I still hold fragments of to this day. Sometimes it’s reinforced within my academic setting as a professor and reminds me why I’m fighting for what I’m fighting for.”

Some scholars believe it will take a revolution to change the system and significantly move the needle on issues of equity. This will not happen overnight.

What often halts progress in matters of equity is what is commonly known as “the horror of the other,” or the tendency to label and project false attributes that allows for the rationale to treat people in a negative way.

“When we disregard someone’s dignity and humanity, then there is a disconnect from who we are as human beings,” Angulo said. “We don’t share anything, they are very different, they are out to get me.”

Angulo is front and center for stories from “the other” through his work with Project Fatherhood, a group therapy initiative for migrant fathers, mainly from Mexico and Central America. The majority of the fathers are undocumented, hard-working men who have been in the U.S. for more than 20 years. The majority of their children are U.S. citizens.

“In the 14 years that I’ve worked with these fathers, I have never seen a political event have such psychological consequences,” said Angulo, referring to the current political climate on immigration. “They share stories of holding their crying child because of what is heard on the news or by other students at school. It’s much more nuanced and sophisticated than the public narrative provides. For Latinos, it feels as if the country is in the midst of shaming us.”

A deeper understanding of racial equity reveals just how pervasive it is in our society. For example, the average person probably would not view social security as an issue of racial equity, but Karen Lincoln, associate professor and director of the USC Hartford Center of Excellence in Geriatric Social Work, founded Advocates for African American Elders to help address the impact of this very problem.

Most poor seniors, regardless of race, rely on social security as their main source of income, which is based on earnings throughout a lifetime. Now think about the time period in which today’s seniors would have been in their “working years.” In the 1960s, 70s, and 80s, employment opportunities and income levels for African Americans were not, on average, what they were for whites. As a result, what an African American receives in benefits will be even lower than what is considered “poor” by white standards.

She explains that this makes African-American seniors more vulnerable to being placed in a nursing home, with few choices based on lack of income and resources. As an outreach and education program, Advocates for African American Elders helps level the playing field for older adults to stay in their own homes – or age in place – and avoid nursing home placement.

“Our seniors are more racially and ethnically diverse than ever before,” Lincoln said. “Curriculum that can train students on the importance of cultural humility, competence and sensitivity can increase our capacity as social workers to engage people, to work with communities and to increase access.”

USC Provost Michael Quick recently issued a mandate aimed at increasing efforts for diversity, equity and inclusion university-wide. One of the requirements was for each school to develop a five-year strategic plan. The Unleashing Social Work and Nursing !nitiative was completed in December 2016, authored by Associate Professor Devon Brooks and Assistant Professor Jungeun Olivia Lee. The development of the plan was overseen by Cherrie Short, associate dean of global and community initiatives and professor of practice, who also serves as a diversity liaison to the provost along with Smith-Maddox and Angulo. It is the first plan of its kind in the history of the school.

Short believes it is important to take a proactive approach to ensuring that stakeholders and the community feel heard. “We must adapt to the needs of the school and community as they change,” she said. “Our plan includes an evaluation process over the five-year implementation.”

Associate Professor Maria Aranda, who was also instrumental in the creation of the five-year plan, sees first-hand how the school prioritizes the lens of diversity, equity and inclusion when admitting students, hiring faculty and fostering relationships with the profession. “Our school provides visible and consistent leadership, and is regarded as a standard-bearer across the university,” she said.

Further initiatives of the school that contribute to addressing diversity, equity and inclusion are the annual All School Day, an educational forum promoting an atmosphere of cooperation and respect, and a Race Symposium that brought together researchers from USC and around the country to find ways of advancing the real-world application of their scholarship on race and race relations.

In these unprecedented times, social workers will need to look beyond the traditional forms of practice to effect real change.

“I’m an advocate for the aging,” Lincoln said. “It’s not that I was trained in advocacy or public policy - I was trained in social work. But I saw a need, and I decided to use whatever skills I had to increase the visibility of that need. I think our role is to make waves.”

Similarly, Fitzgerald argues that while case managers and administrators play an important role in the ground game, an end to social injustice will only be realized through bold action.

“We need more social workers who are policy makers, community organizers, lobbyists,” Fitzgerald said. “And we need to be tougher about saying ‘We’re letting you know, you’re on notice. We are taking a stand.’”