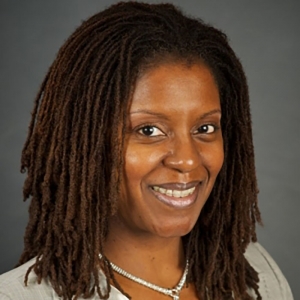 Karen Lincoln, associate professor at the USC Suzanne Dworak-Peck School of Social Work, has been recognized with a national award and named to a state subcommittee on aging research.

Together, the award and new position acknowledge not just her research but also the role she has embraced as an aging advocate, particularly for minorities and other groups who suffer from disparities in care.

“Gerontology is a field I feel passionate about, obligated to, and preoccupied with,” she said.

Her experience as a social worker and researcher informs her work as an active public scholar, publishing articles, book chapters, op-eds and testifying before the State Legislature in the areas of stress, aging and mental health disparities. She also founded the program Advocates for African American Elders at the USC Edward R. Roybal Institute on Aging.

Lincoln, who also serves as director of the USC Hartford Center of Excellence in Geriatric Research, received the 2019 Maxwell A. Pollack Award for Productive Aging from the Gerontological Society of America at its annual scientific meeting. The annual conference is organized to foster interdisciplinary collaboration among researchers, educators, and practitioners who specialize in the study of the aging process.

The award recognizes instances of practice informed by research and analysis, research that directly improved policy or practice, and distinction in bridging the worlds of research and practice.

“It’s the highlight of my career to receive this award in front of my mentors and the people who have supported me over the years,” Lincoln said.

As part of the honor, Lincoln will highlight her work in translating research into practical application and policy improving the lives of older people at the award lecture next year. As example of this is her recent BrainWorks study, which used culturally tailored text messages about Alzheimer’s to encourage older African Americans to learn more about symptoms and seek help.

Lincoln was also named to the research subcommittee supporting the development of the State of California’s Master Plan for Aging.

The overall effort headed by the California Health and Human Services has as its aim to develop a roadmap toward a future where all Californians, regardless of race, economic status or level of support, can grow old safely, with dignity and independence. The Master Plan for Aging is expected to be developed and issued by October 1, 2020.

As a member of the subcommittee, Lincoln will provide advice on technical issues and measurement requirements related to the larger aim of the project to provide a blueprint of programs and initiatives needed to help older adults stay in their communities.

Lincoln’s work with minority older adults, especially African Americans, will provide valuable insight into the kind of research needed to better understand what is needed to support them. It will also help define metrics to assess current or new programs.

“Many are surprised by the needs of minority older adults who face economic insecurity,” Lincoln said. “How do we provide support for these populations that were once cared for by families in their homes? Many can’t count on that anymore. I plan to bring the reality of many families to my work on this subcommittee.”

Lincoln has received more than $3 million in grant funding to support her research, which focuses on improving clinical and community-based treatment of African Americans with mental health disorders and chronic health conditions.