Expert in elderly health and gerontology, and currently directs the China Program 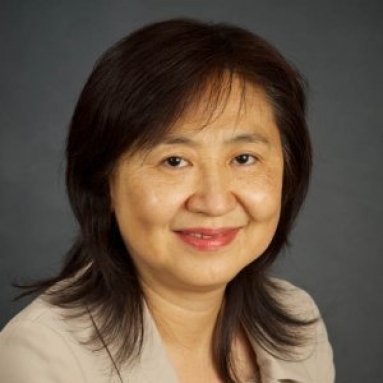 Expert in elderly health and gerontology, and currently directs the China Program

Professor Iris Chi is the Chinese-American Golden Age Association/Frances Wu Chair for the Chinese Elderly at the USC Suzanne Dworak-Peck School of Social Work and a senior scientist at the USC Edward R. Roybal Institute on Aging. Prior to joining USC, she taught at the University of Hong Kong (HKU) and was the founding director of Sau Po Centre on Aging at HKU. An expert in health and gerontology, Dr. Chi has participated in more than 100 studies and published over 300 articles and book chapters. She has been elected as a Fellow of the Gerontological Society of America, the American Academy of Social Welfare and Social Work, interRAI, the Phi Tau Phi Scholastic Honor Society of America, and IAGG (Asian & Oceania region). Dr. Chi is an honorary professor, consultant and senior advisor to more than 30 local and overseas universities and research institutes. She is also the associate editor and an editorial board member for many gerontology and social work journals. To reference the work of Iris Chi online, we ask that you directly quote their work where possible and attribute it to "Iris Chi, a faculty at the USC Suzanne Dworak-Peck School of Social Work” (LINK: https://dworakpeck.usc.edu)

Training needs for dementia care in China from the perspectives of mental health providers: who, what, and how | International Psychogeriatrics

Ling Xu, Hsin-Yi Hsiao, Wenchen Denq, Iris Chi
2017 This paper aims to understand the training needs of dementia care from the perspectives of mental health providers by examining who should be the trainees, what should be the contents of training, and how to deliver the training in China.

Fengyan Tang, Iris Chi, Xinqi Dong
2017 We aimed to investigate the relationship of engagement in social and cognitive activities and social support with the sense of community (SOC) and its components among older Chinese Americans. The Sense of Community Index (SCI) was used to measure SOC and its four component factors: membership, influence, needs fulfillment, and emotional connection.

Worry about not having a caregiver and depressive symptoms among widowed older adults in China: the role of family support | Aging & Mental Health

Ling Xu, Yawen Li, Joohong Min, Iris Chi
2016 Using the stress-coping framework, this study examined whether worry about not having a caregiver in old age was associated with depressive symptoms among widowed Chinese older adults, including the moderating effects of self-perceived family support.