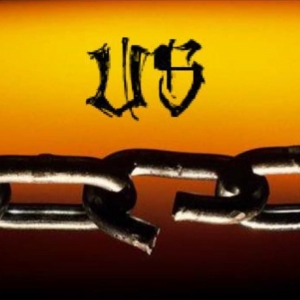 A lot of people consider time a precious commodity, but Omar Pryce treats nearly every minute like it is made of gold. That is because for him, choosing how to spend his time is an unexpected blessing. Pryce had expected to be in prison until 2023.

Earning an early release gave him the opportunity to change his life’s trajectory. Since then, he has ensured that every day has been spent working toward his many positive life goals, such as obtaining his Master of Social Work (MSW).

Pryce was a teen when he went into prison for armed robbery with a sentence of four years compounded by additional time for gun and gang involvement. Out of prison at age 35, he is a radically changed man, with a fiancée, a young son and a passion for helping others transform their lives for the better. His daily actions prove his commitment. He drives 100 miles a day between his home in Irvine, his job as a field worker in South Los Angeles, his internship at a drug treatment program in West Los Angeles and the synagogue where he takes classes in preparation for his conversion to Orthodox Judaism.

It is an exhausting schedule, but Pryce draws strength and support from his involvement in a new student interest group at the USC Suzanne Dworak-Peck School of Social Work. Unchained Scholars brings together social work students who were formerly incarcerated, system-impacted, justice-impacted or allies to both to organize events, bring speakers to campus, and most importantly, offer one another support. Pryce serves as the treasurer of Unchained Scholars, working hand-in-hand with Chair Fabiola Quijano, also an MSW candidate, and co-chair Genevieve Rimer, who is earning her Doctorate of Social Work (DSW).

Pryce is fortunate to have a strong network of supporters including his mother, sisters, and fiancée, but the people he has met as part of Unchained Scholars provide a different kind of comfort. “They have been through what I have been through,” he said.

According to a 2017 report by The Heritage Foundation, there are over 46,000 collateral consequences at the state and federal level related to employment for formerly incarcerated individuals, which stifle opportunities for success.

A common challenge for the students in Unchained Scholars has to do with searches for jobs and internships. It is a barrier that any of the millions of people with a prior arrest or conviction record can relate to. Since January 1, 2018, California’s “ban the box” law has required public and private employers to delay questions about conviction history until applicants have met job qualifications. Still, Pryce, Quijano and Rimer all have similar stories of the difficulties they faced in finding the jobs and/or internship placements essential to earning their MSW degrees, once their incarceration records were disclosed. The part that institutional racism has played in these students lives with regard to seeking employment with a carceral history is also a significant factor that cannot be ignored.

Clinical Assistant Professor Susan Hess and co-founder of Trauma Informed LA learned about the challenges that students with carceral histories were facing and wanted to provide support. Hess provided support to MSW candidates who had experienced intimate partner violence with the intention of preventing retrauma when they were placed in organizations working with people with similar experiences, such as domestic violence shelters.

“We know the most attuned social workers have overcome barriers in their own lives. Students just need support to learn how to communicate their lived experience as the strength that it is,” Hess said.

Soon, she began to talk with students who were struggling with how to communicate their carceral histories when interviewing for field placements. She began collaborating directly with students who were interested in receiving interview coaching. Due to the nature of some field placements, such as those working with children, there may be hiring restrictions. However, the school’s Virtual Academic Center (VAC) has identified agencies nationally that welcome students with lived experiences in the carceral system.

Quijano had a phone call with Hess as she prepared to interview for a potential internship, required during the second year of her MSW curriculum. Hess empowered her to apply her lived experiences as part of her professional development.

“Professor Hess provided me support in communicating my lived experiences as a strength,” Quijano said.

Complex traumas, violence and addiction shaped the first three decades of Quijano’s life. She fell into a pattern: get arrested, go to jail, then be released with little or no support, counseling or rehabilitation. “I was in and out of my children’s lives and in and out of jail,” she said. “I wanted to change my life around but I didn't have the resources.”

The addiction threw her life into chaos.

Things turned around after Quijano’s safety was compromised while in a domestic violence shelter in 2012. With nowhere to turn, she ended up with a one-way ticket to a shelter in Oceanside, California. There, she found the courage to ask for help with her substance use, and she enrolled in a drug treatment center. She took her recovery seriously and persevered through all obstacles eventually taking a job at the drug treatment center working the graveyard shift while she earned her bachelor’s degree.

When she set her sights on earning her MSW, she only applied to one graduate program—the MSW program at USC. It was the fulfillment of a desire from her youth in South Los Angeles, seeing USC’s big brick buildings through the bus windows and dreaming of going there. “People who change the world are at USC,” she said.

She wanted to be one of them and is currently making her mark at USC as the chair of Unchained Scholars. Today, Quijano holds a position at the drug treatment center as a supervising counselor, where she empowers many women with similar lived experiences to herself. She was named Employee of the Year in 2019.

As an MSW student, Quijano was relieved to know that other MSW students had similar pasts. She eagerly agreed when Hess suggested that she connect with them.

“It started out informally, just a small group of formerly incarcerated students talking about what we wanted to do,” Quijano said. “We saw ourselves as visionaries, charting out a path for future systems impacted by social workers. We would talk about how to dismantle mass incarceration through activism and change the narrative from ‘school-to-prison’ pipeline to ‘prison-to-school’ pipeline.”

The members of Unchained Scholars motivate and inspire one another on a daily basis as they continue to mobilize this movement. “We were able to relate to one another and strengthen our souls through community healing,” Quijano said.

At first, the four of them met virtually over the school’s online meeting platform. Then, they exchanged email addresses, cell phone numbers and established a group text. They now connect daily, sharing news, personal support messages, information about the group’s events and excitement about becoming an official student interest group.

The numbers have grown since the group’s nascency. More than 30 students now attend the monthly meetings, which are open to VAC and on-campus students. The group formally filed for school recognition in fall 2019, and was approved as a student organization. This is the first step in becoming a student caucus in three years.

A Brave and Safe Space

Many social work students have lived experiences that have led them to careers helping others, said Melissa Singh, clinical associate professor, and faculty co-advisor to the Unchained Scholars student interest group.

“It is important for students to reflect on their journey and consider the barriers they have overcome, their strengths, and support system. Often resilience is attributed to someone helping them along the way and Unchained Scholars are doing just that for each other and for future students” Singh said.

Singh tries to be attuned to the experiences her students have had and create what she calls a brave learning environment where students can lean into a conversation and share different opinions and perspectives.

“As faculty members, we have to be aware of the past becoming present in the classroom,” Singh said. “The curriculum and internship experiences may be retraumatizing for some students, which makes the support systems within the schools crucial for their success.” The Unchained Scholars student interest group helps fill gaps by connecting students with similar experiences to one another for support.

“We wanted to create a safe space for people who have been formerly incarcerated or impacted by the criminal justice system to help bring about change,” Rimer said.

Rimer, a DSW candidate who consults full-time for an agency that provides immediate employment to people who are justice-involved, found that even within the field of social work, a profession that is centered around equal opportunity and justice, there are many barriers that deter people with a carceral history from pursuing a profession in social work.

While earning her undergraduate and graduate social work degrees, Rimer also faced discrimination with regard to internship opportunities, similarly to Quijano. She interviewed for a position in an organization that assisted formerly incarcerated individuals with reentry. The type of internship that someone with Rimer’s lived experiences should be suited for. Initially she was hired, but once the organization received her background check the offer was rescinded. The experience fueled her passion to build better opportunities for those returning from incarceration and trying to reintegrate into society.

“We need a springboard to help us obtain our dreams and a catapult to help us break through systemic barriers,” Rimer said.

“Many service providers operate in silos,” Rimer said. The innovative platform will disrupt that norm, connecting people in the field to solve problems and share resources, all toward a goal of reducing the unemployment rate for formerly incarcerated people, which is about 30%, she said.

“Finding employment is such an important factor in reentry and in life,” Rimer said. She hopes that the platform will help fill the need for collaboration that she hears often from the employment service providers she works with. It is one part of the solution to the complex problem of reducing recidivism. Groups like Unchained Scholars are another.

A Story of Hope

At its core, the formation and growth of the Unchained Scholars student interest group is a story of hope, not just for its members but also for the communities that these future social workers will help.

Meanwhile, Pryce is working hard to demonstrate to himself and to others that he’s more than just another black man with a criminal record. “I’m more than the statistic I’ve been my whole life. I don’t want jail to define my existence,” he said. “Now I feel like I’m on track.”

As a nation, we need to end mass incarceration and collapse the prison industrial complex, and this begins at the community level. Unchained Scholars is building a community of advocates that are committed to the belief that formerly incarcerated students should be afforded equality of opportunity, as anyone should expect in a free society.

Want to learn more about the Unchained Scholars and their achievements?