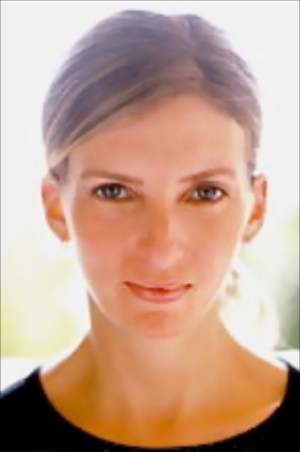 Susan Hess, an adjunct lecturer at the USC School of Social Work, has been honored by the Los Angeles City Domestic Violence Task Force with the Marjorie Braude Award for her work in bringing the Trauma Informed Nonviolent Standards of Care (TINSOC) collaborative together.

TINSOC began in 2012, when Hess, who is also director of intimate partner violence programming at Echo Parenting & Education in Los Angeles, began to assemble a group of domestic violence shelters and agencies to develop and implement a trauma-informed, nonviolent approach to care.

Hess, who has been teaching cultural competency, family therapies, group therapies, individual therapies and evidence-based practice models at USC since 2010, said her passion for domestic violence awareness stems from the fact that domestic violence is the immediate cause of homelessness for many women, and more than 63 percent of victims suffer from post-traumatic stress.

“Trauma can have a lasting effect on the body and mind, often resulting in unsafe coping strategies, as well as chronic health and social problems,” said Hess. “I’m inspired by neurobiology research that has shown that we can heal our brains at any time if we alter the methods that are used to care for and treat domestic violence victims who have experienced trauma.”

With the TINSOC model, Hess and her colleagues have created integrative approaches that target reduction of post-traumatic stress symptoms and improvement of family functioning and parenting. The ultimate goal is to provide a supportive network of providers within the domestic violence community that are implementing similar trauma-informed practices to improve outcomes for women and families who have experienced violence.

Eve Sheedy, vice chair of the Los Angeles Domestic Violence Task Force, nominated Hess for this award because of the collaborative nature of TINSOC and how its unique standards are now being used to train people and agencies across the field.

Sheedy also works in the city attorney’s office, which has provided TINSOC training to its prosecutors to strengthen and improve its services to victims of all crimes, including domestic violence. Hess led that training with fellow collaborator Elizabeth Eastlund, director of programs at TINSOC agency Rainbow Services.

“Susie is such an engaging and caring person who is passionate about serving survivors in the most compassionate, humane way,” said Eastlund, who is also collaborating with Hess on a social work textbook chapter on trauma-informed services. “She presents information in a way that people are able to relate to and understand. Her involvement in TINSOC has been integral in pulling together service providers from various disciplines. It has been an honor to work with her on these projects.”

Another one of Hess’s collaborators is Olivia Rodriguez, executive director of the Los Angeles County Domestic Violence Council. Rodriguez worked with Hess on parenting training for domestic violence victims and was impressed with her clear vision about which types of classes and workshops would best benefit these traumatized victims.

“Susan’s approach to providing training and information to shelters through TINSOC is valuable for those that work in the healing process of domestic violence,” Rodriguez said. “She is dedicated and passionate about seeking the best methods that will help victims of domestic violence.”

Knowing treatment models must evolve constantly, Hess said she will invite service providers across all systems to come together and craft the next version of Trauma Informed Nonviolent Standards of Care later this year.