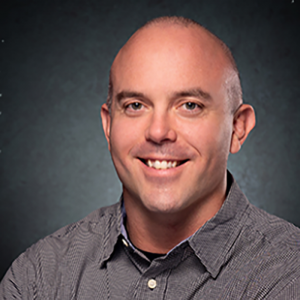 At 19, Charles Stafford, MSW ’17, was suicidal. Suffering from severe depression, it was a relief for him to think about life being over.

Born and raised in Marblemount, Washington, a small town of 250 people on the Skagit River, his father was a logger and most people in town worked at the local mill. As a child, he was surrounded by drug and alcohol use within his family and in the community. “By the time I was 12 I didn’t want to be in my own skin,” Stafford said. “Drugs and alcohol felt great.”

Stafford spent his teenage years heavily into alcohol, meth, opioids, marijuana, anything he could get his hands on. Then, one night something compelled him to drive an hour to his first 12-step meeting, and it gave him just enough hope to see there was another way forward besides suicide.

When that first meeting ended, he drove straight to his grandparents’ house, told them everything about what he was doing and feeling, and they took him in. “For the next four months, my grandpa took me back and forth to meetings and to jail,” Stafford said.

He remained in recovery, eventually got a job at the local mill and started to build a life for himself. But it was not the life he wanted. He was discontented.

At 24, Stafford walked into a U.S. Marine Corp recruitment office and signed up. He spent the next five years in the Marines, a member of Delta Company, Light Armored Reconnaissance Unit. He found his brotherhood there. He also found a major threat to his sobriety.

“I loved them and they loved me,” Stafford said. “Drinking was part of the culture, and I became a full-fledged alcoholic.”

Stafford deployed three times with his unit between 2007 and 2011. He went to Japan, Thailand and the Philippines, followed by a tour in Iraq. He extended his commitment an extra year for a deployment to Afghanistan in 2010. Throughout his service, he – and his fellow Marines - struggled with alcohol and drug use, Post-Traumatic Stress Disorder (PTSD) and other mental health conditions. Two weeks before his last deployment, one of the original members of his unit committed suicide. It was a difficult blow, but the remaining members of the unit left, as scheduled, for their seven-month tour. Stafford led the unit under intense conditions, including sniper fire and improvised explosive devices (IED).

Stafford returned from Afghanistan on June 2, 2011, and left the military a month later. He moved straight in with his girlfriend (whom he eventually married) and “put her through hell for six months while I struggled with mental health issues,” he said. He stayed inside, drank himself to near-death every day, and did not sleep.

“I had a four-day blackout,” Stafford admitted. “January 11 to 15. I drank and I don’t remember those four days.” With his girlfriend on the verge of leaving him, Stafford once again turned to a 12-step meeting for help. That was January 16, 2012, which became his sobriety anniversary. For the next three years, he went to a meeting every day. “I detoxed myself, got a sponsor and found some great men that were supportive,” he said. “They walked me through it.”

With the help of the GI Bill, Stafford went back to school. At first, he was scared about his ability to succeed. He had barely graduated from high school, and was drunk and high through most of it. But, he soon found motivation.

“I got an A on my first paper and thought, ‘I can do this,’” he said. “I fell in love with school.” Stafford earned his associate degree, a Bachelor of Science in Psychology, and his Master of Social Work from USC in 5 1/2 years.

During his undergraduate studies, Stafford was an intern at the Veterans Administration (VA). For two years, he worked alongside doctors and social workers, helping veterans schedule and get to their mental health appointments. “It felt good to help them,” he said.

Stafford focused on being detail-oriented with the veterans, and he loved working with them face-to-face. Although he was diligently working to ensure they were receiving the care they needed and deserved, he could see there were still some who were falling through the cracks. He began thinking about how he could do more, how he could help people in a more clinical way, and build programs to make life easier for those in vulnerable populations. His experience at the VA prompted him to pursue a graduate degree in social work.

From substance use to leadership

Although he calls his decision to join the Marines an “impulsive move,” and one that severely interrupted his sobriety, he also credits it with saving his life and leading him to where he is today – clinical director at The Forge Recovery Center, a substance abuse treatment center in Santa Ana, California.

From the moment Stafford started working at The Forge Recovery Center, he knew it was a place he could learn and grow, a special place where the focus is on the clients and staff and not the profit. It is an outpatient facility where clients from detox and residential programs come to extend their treatments.

His number one responsibility is the safety and health of clients and staff. As clinical director, he handles individual crisis management, runs a few group therapy sessions a week, creates and implements new policies and procedures, and helps develop business relationships with inpatient facilities.

“I don’t let anything fall through the cracks, to the best of my ability,” Stafford said. “I believe it’s in the little details that clients get what they need for their recovery process.”

Stafford is now preparing to provide field internships at The Forge Recovery Center for students from the USC Suzanne Dworak-Peck School of Social Work. He wants to help students understand how substance use treatment and recovery works in the real world and he knows the Center has its heart in the right place. He also plans to host events at the Center for the large USC social work alumni base in Orange County to connect on mental health and substance use issues.

“It’s tough out there as a social worker,” he said. “You’re going to run into a lot of ethical things that you don’t agree with, and you have to make a decision whether you’re going to try to change it, accept it, or you’ve got to leave it.”

Stafford says those who know where he came from often talk about how unbelievable his journey has been because most people never make it out of Marblemount.

“For me, it’s just a path,” he said. “You progress as you go along, and it doesn’t seem like a big deal. I believe in routine and structure. I think it's really healthy for humans. But, you also have to be a little impulsive here and there, without harming yourself or anybody else, because that’s what creates excitement.”