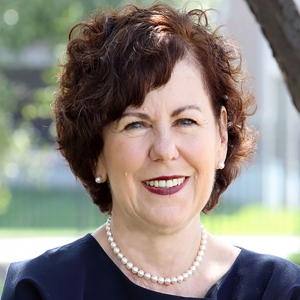 She joins USC on April 15, 2020 from her current post as dean of the University of South Carolina's College of Social Work

Gehlert has served as dean of the College of Social Work at the University of South Carolina since 2017. She is known for her work on the connections between social and environmental factors and health, with a focus on vulnerable populations.

“Dean Gehlert has an impressive track record of building successful research and academic programs in this critical field of social work,” said USC President Carol L. Folt. “Her collaborative skills will be crucial to advancing the school’s vision of providing a rich learning experience, community engagement, multidisciplinary scientific research and advocacy. We are thrilled to have such a talented leader join the Trojan Family.”

Prior to her post at the University of South Carolina, Gehlert held a joint appointment at Washington University in St. Louis, where she served as the E. Desmond Lee Professor of Racial and Ethnic Diversity at the George Warren Brown School of Social Work and a professor in the School of Medicine’s Department of Surgery.

“I am excited to join the USC Suzanne Dworak-Peck School of Social Work and bring a renewed focus on its core mission of promoting social justice and well-being throughout society,” she said. “This is an incredible opportunity to collaborate with students, faculty, staff, alumni and supporters as the school enters a new era of academic excellence and fiscal responsibility.”

“She is the right person at the right time to lead the Suzanne Dworak-Peck School of Social Work to new heights,” USC Provost Charles Zukoski said. “We expect her to call on her extensive experience to deepen the school’s mission of teaching and research, guide collaborations with our neighborhood partners and promote scholarly excellence.”

As dean of the USC social work school, she will oversee its six degree programs in social work and nursing, including its popular Master of Social Work and highly regarded PhD program. Gehlert will also guide the school’s numerous research centers and institutes, among them the USC Edward R. Roybal Institute on Aging and the USC Center for Innovation and Research on Veterans & Military Families. She expressed excitement about the opportunity to build on these achievements with input from university and community partners.

“The prospect of developing a shared vision for the school with multiple stakeholders and creating greater community fits well with my background and personal philosophy,” she said. “My approach is collaborative, not only because it minimizes discord but because it allows an organization to bring forth ideas and ways of knowing that might have been missed had the approach not been collaborative.”

Gehlert’s selection as dean is the culmination of an extensive search led by USC Executive Vice Provost Elizabeth Graddy and Pinchas Cohen, dean of the USC Leonard Davis School of Gerontology. Suzanne Dworak-Peck, a USC trustee and chair of the school’s board of councilors, also served as a special advisor during the search process. Gehlert succeeds interim dean Suzanne Wenzel.

As a researcher, Gehlert has focused on the interplay between social work and health, including disparities in treatment, women’s health and mental health and how people adapt to serious illness and injury. A recent project examined how community violence and unsafe housing affects African American women diagnosed with breast cancer. She is a co-author of the authoritative Handbook of Health Social Work, now in its third edition.

Among her many leadership roles, Gehlert served as co-leader of the Prevention and Control Program of the Alvin J. Siteman Cancer Center, co-director of the Transdisciplinary Center on Energetics and Cancer, and training program director of the Program for the Elimination of Cancer Disparities — all at Washington University.

Prior to Washington University, she was the Helen Ross Professor at the University of Chicago’s School of Social Service Administration, Department of Comparative Human Development and Institute for Mind and Biology. Gehlert also was deputy dean for research and associate director of the university’s Institute for Translational Medicine, in addition to leading the university’s federally funded Center for Interdisciplinary Health Disparities Research and its Maternal and Child Health Training Program.

Her involvements with national organizations include serving as a member of the Board of Scientific Counselors of the National Human Genome Research Institute until January 2016. She is a member of the Council for Extramural Grants at the American Cancer Society, sits on the Steering Committee of the California Breast Cancer Research Program and serves as a managing editor of the Transdisciplinary Journal of Science and Engineering.