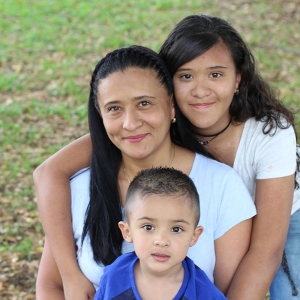 Two professors at the USC Suzanne Dworak-Peck School of Social Work have been conducting important research into the health and wellbeing of Latino people in the U.S. and Mexico.

Avelardo Valdez, who holds the Cleofas and Victor Ramirez Professor of Practice, Policy, Research and Advocacy for the Latino Population, and Alice Cepeda, associate professor, are seeking ways to deepen understanding of how to improve the wellbeing of vulnerable individuals and communities. Their work builds on Valdez’s pioneering research on the consequences of drug abuse and violence, particularly among groups such as delinquent youth, gang members, sex workers, and drug users.

For Valdez and Cepeda, collecting data on these hard-to-reach or hidden populations makes their work challenging as well as rewarding.

“Our research data is drawn from direct communication and interaction with this population. It’s not based on secondary data sets,” Valdez said. “We want to learn their perspectives to better understand why inequalities and health disparities are perpetuated from one generation after another.”

Cepeda sees their work as about humanizing people beyond society’s labels of drug user, criminal or gang member.

“With our research, we’re trying to portray how women and men are trying to live one day at a time, and how they struggle to get out of poverty, raise families and avoid reincarceration,” Cepeda said.

Through their studies, they hope to find the opportunities where positive changes can occur.

Mexican American women in general are at a higher risk than other groups of developing health problems such as obesity, pre-diabetes, sexually transmitted infections, depression and other health problems. The risk is even greater for those who socialized with male gang members and other delinquents as adolescents.

Cepeda leads a $3 million study funded by the National Institute on Drug Abuse that aims to revisit a group of Mexican American women who participated in a Centers of Disease Control study more than 20 years ago in San Antonio. Back then, the women were identified as part of the world of street gangs in some of the city’s marginalized neighborhoods. Valdez and Cepeda have been tracking their health and wellbeing and use that data to examine how intimate partner violence, drug use and other traumas have affected their physical and mental health today.

By interviewing the women at this new stage of life, Cepeda and Valdez hope to better understand how those teenage experiences influence the trajectories of their lives as young adults.

“Hopefully, we will also be able to identify factors that led some of these women to more conventional lives,” Valdez said. “That’s the direct payoff of this research.”

With crack cocaine use skyrocketing in Mexico City and other Latin American countries along with rising HIV and HCV infections, Cepeda and Valdez worked together on an innovative health education program for drug users. Funded by the Bill and Melinda Gates Foundation, Tirando Esquina: Interviniendo Muros de Salud aimed to promote harm reduction by providing safe crack smoking kits while also educating hard-to-reach individuals about HIV prevention, diagnosis and treatment. The name Tirando Esquina comes from street slang for being prepared and willing to help someone.

“Our intent was to intervene and reduce harm and raise consciousness of their risk behaviors,” Cepeda said. She called it a “behavioral nudge,” aiming to provide HIV and sexually transmitted infection prevention and treatment information at the individual and community level.

They crafted a pilot program to test how harm reduction approaches could help improve wellbeing. The innovative outreach included animated educational messages projected onto buildings in the Mexico City borough called Iztapalapa. The large, densely populated eastern borough is considered to be among the city’s most violent and dangerous and is a hotspot for crime, drug sales and use.

The educational messages about safe sex practices and HIV prevention were projected onto local buildings in conjunction with outreach efforts to deliver safe crack smoking kits (along with condoms and other health items) to users. By the end of the study, Avelardo and Cepeda found the crack kit contents were used, resulting in safer smoking practices among this high-risk population of crack users. Their hope is that the study will promote informed policymaking about the effectiveness of harm reduction programs for crack users, which are not prevalent in Mexico.

A slate of new research projects is on the horizon for 2020 and beyond.

The researchers are working now on a new study that examines disparities in health among what they call “floating” immigrants, or those who have recently migrated between the U.S. and Mexico, voluntarily or involuntarily. This binational study is funded by the National Institute of Minority Health Disparities.

Little is known about how people’s health is impacted by repeat migration between the United States and Mexico, but it is clear that the 12.3 million U.S. Mexican immigrants moving between the two countries for work or other reasons are highly vulnerable to health risks and stress arising from poverty, discrimination, cultural differences and a perceived climate of anti-immigrant animosity.

Recent changes in U.S. immigration policy and enforcement have also created a new population of deportees to Mexico with a new set of challenges. Brought to the U.S. as children, they are deported as adults and find themselves having to adapt to a culture and a language very different from what they grew up with.

Cepeda and Valdez will study 600 “floating” recent immigrants who have either arrived in Los Angeles or returned to Mexico City within the past five years. The study aims to build a foundation for developing health policy interventions to aim to promote better health outcomes for this underserved minority group.

Another study funded through the Southern California Clinical and Translational Science Institute (SC CTSI) will test how an approach using cognitive behavioral therapy and motivational interviewing may reduce risky sexual practices among young adult Latina women who are dealing with abuse by intimate partners, depression and also are active meth users. These women have complex lives and do not typically respond well to cookie-cutter approaches.

Women who have been abused by intimate partners and who also use methamphetamine are also at disproportionate risk for HIV and sexually transmitted infections. Providing education to these women about safe sex practices is challenging. This research project will test a promising intervention called FASTLANE II which combines cognitive behavioral therapy and motivational interviewing techniques toward increasing safe sex behaviors and HIV risk reduction.

“We see that traditional ways of treating substance abuse don’t work for everyone,” Cepeda said. “It’s about what we can do to tailor these approaches for these populations in a way that makes a real difference. We can only achieve this by understanding the complex and dynamic social world in which they live.”

The unique knowledge generated by these two USC scholars is contributing to solutions for both the Latino population and the social work profession.