Cleofas and Victor Ramirez Professor of Practice, Policy, Research and Advocacy for the Latino Population

Dr. Valdez is an expert on the relationship between substance abuse and violence and health issues among high-risk groups. 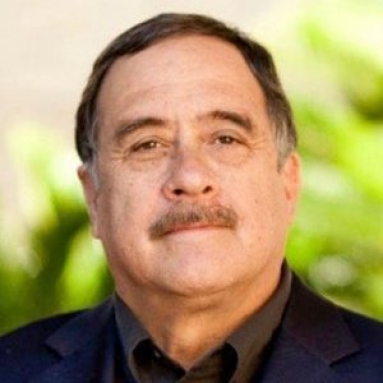 Cleofas and Victor Ramirez Professor of Practice, Policy, Research and Advocacy for the Latino Population

Dr. Valdez is an expert on the relationship between substance abuse and violence and health issues among high-risk groups.

AVELARDO VALDEZ is currently a professor. He was previously a professor at the Graduate College of Social Work at the University of Houston and Director of the Center for Drug & Social Policy Research. He obtained his Ph.D. in Sociology at the University of California, Los Angeles. A primary focus of his research has been on the relationship between substance abuse and violence and health issues among high-risk groups. His research projects have been among “hidden populations” such as youth and prison gang members, heroin users, sex workers, aging drug users, and crack users. He is a nationally and internationally recognized scholar with an extensive publication record in his field of research. His most recent book is entitled Mexican American Girls and Gang Violence: Beyond Risk. He is a recipient of federal grants from the National Institutes of Health (NIH), National Institute on Drug Abuse (NIDA), Centers for Disease Control and Prevention (CDC), and Substance Abuse and Mental Health Services Administration (SAMHSA). Two of his NIH funded grants focus on examining the long-term consequences of adolescent gang membership among Mexican Americans. Dr. Valdez is also a recipient and director of the NIDA Interdisciplinary Research Training Institute on Hispanic Drug Abuse. Dr. Valdez received the Award for Excellence in Mentorship from the National Hispanic Science Network on Drug Abuse (NHSN). He is the recipient of numerous other awards including the Senior Scholar Award for the Society for the Study of Social Problems, National Award of Excellence Senior Research Scientist, National Hispanic Science Network, and Outstanding Senior Scholar for the American Sociological Association. He has served as a member of the Committee for National Academy of Sciences Study of High Rates of Incarceration in the United States (2013-2014) and recently served on Lieutenant Governor Gavin Newsom‘s Blue Ribbon Commission on Marijuana Law and Policy in California (2015) and recently was appointed to the Advisory Cannabis Working Group by the Los Angeles County Office of Cannabis Management. To reference the work of Avelardo Valdez online, we ask that you directly quote their work where possible and attribute it to "Avelardo Valdez, a faculty at the USC Suzanne Dworak-Peck School of Social Work” (LINK: https://dworakpeck.usc.edu)

2009 Society for the Study of Social Problems, Drinking and Drugs Division

National Award of Excellence for Mentoring

Kathryn M. Nowotny, Tasha Perdue, Alice Cepeda, Avelardo Valdez
2017 While the comorbidity of mental health and injecting heroin has been documented, current research is limited by describing the mental health of people who inject drugs without a comparison group and by the lack of research on nontreatment samples in the United States, particularly among Hispanics. The purpose of this study was to examine the association of injecting history (never, former, occasional, and daily) and multiple outcomes of global and mental health using a sample of U.S.-based Latinos not currently in treatment. Data are from a sample of street-recruited Mexican American young adult men (n=275) in San Antonio, TX. Multiple logistic regression and structural equation modeling were used. Overall 54% of men reported lifetime injecting drug use (20.7% former users, 11.1% occasional users, and 21.9% daily users). We found varying prevalence rates of global and mental health status among different histories of injecting. After covariate adjustment, daily injecting remained strongly associated with all four outcomes: perceived poor health status (AOR=4.39; p≤0.001), psychological distress (AOR=2.78; p≤0.05), depression (AOR=4.37; p≤0.001), and suicidal ideation (OR=4.75; p≤0.001). Acculturation, gang membership, and incarceration history also emerged as important factors. This study provides new information about the relationship between mental health and injecting heroin use. Support the need to consider mental health states among people who inject drugs, and to examine varying histories of injecting with socially and culturally relevant factors.

Alice Cepeda, Jessica Frankeberger, Jennifer L Bailey, Kathryn M Nowotny, Guillermina Natera-Rey, Avelardo Valdez
2016 Recent research has documented crack cocaine’s increasing spread in Mexico, which is likely to contribute to the rapid transmission of HIV and other sexually transmitted infections (STIs). In Mexico, crack use is increasing most rapidly in vulnerable, hard-to-reach populations, where little is known about risk behaviors. This report aims to present baseline data regarding HIV and STI knowledge and testing prevalence from an innovative projection mapping HIV intervention, in which 3-D illusions, animation, and visual text graphics and sound are projected onto buildings with health messages that were designed to disrupt everyday life and connect with the target population. Fifty-eight men and women who used crack in the past month without receiving drug treatment were recruited and interviewed before the projection mapping intervention took place. Testing instruments included a sociodemographic assessment, drug use and treatment profile, HIV and STI knowledge questionnaires, and a sex and drug risk assessment. The mean scores for respondents on the HIV Knowledge Questionnaire (10.5 out of 18, 58.3%) and STD Knowledge Questionnaire (9.5 out of 27, 35.2%) were both low. Respondents also reported high rates of sexual risk behaviors, with 73% reporting never using a condom and 64% never being tested for HIV. This report provides a portrait of STI and HIV risk among a vulnerable population in Mexico City and the need for urgent interventions to prevent the spread of STIs and HIV. The associated projection mapping intervention will seek to increase HIV and STI knowledge and reduce risk in this hard-to-reach population.

Alice Cepeda, Jarron M Saint Onge, Kathryn M Nowotny, Avelardo Valdez
2015 Research has found that among juveniles weak ties to informal social control entities such as parents, school, and conventional peers increase the probability of the initiation and continuation of deviant behaviors such as drug use and crime. Given the weak ties of formal social control mechanisms in highly disadvantaged communities, informal social control mechanisms are often an important deterrent that reduce or moderate engagement in deviant behaviors among serious and persistent offenders. This analysis examines the association between long-term gang membership and adolescent informal social control processes, drug use, and delinquency. This research is based on data from a study of 160 Mexican American male gang members between the ages of 16 and 20. Findings suggest that among gang members in this context, commonly studied informal control mechanisms such as the family and schools do not function to deter long-term gang membership that is associated with serious criminal and violent behavior and drug use. The implications for future research on desistance or continuation of antisocial behavior across the life course are discussed.

Alice Cepeda, Kathryn M Nowotny, Jessica Frankeberger, Avelardo Valdez
2016 A longitudinal study (15 years) investigates heroin use patterns following precocious transition experiences for gang-affiliated Mexican-American males (n = 119) in San Antonio, Texas. Five precocious transitions are examined: cohabitation, early nest leaving, school dropout, teenage parenthood, and unemployment (while not in school). Half of these men used heroin over the follow-up period for an average of under 4 years. Findings from a zero-inflated Poisson model indicate that while these transitions do not have a significant effect on initiation of heroin use, they do have an important influence on individual's drug trajectories once they have initiated. Early-nest leaving and teenage parenthood are protective factors for continued heroin use while dropping out of high school and cohabiting during this same period are risk factors. Findings are discussed within the context of these disadvantaged and marginalized communities.

Avelardo Valdez, Kathryn M Nowotny, Nalini Negi, Eduardo Zafra Mora, Alice Cepeda
2016 During the past decade, crack smoking has increased in Mexico among poor urban populations. Despite this increasing prevalence, little is known about the types of paraphernalia used and related sharing practices and physical harms. Data come from in-depth semi-structured interviews and observations with 156 current crack smokers in Mexico City. Findings reveal a complex, crack-smoking process in Mexico City that represents an interconnected structure of paraphernalia items and pipes that could contribute to detrimental health consequences. Specifically, we identify essential paraphernalia items that make the smoking of crack possible; describe the homemade construction of two categories of pipes; and detail the sharing practices and physical harms associated with these paraphernalia. Results point towards a smoking process that is embedded in impoverished urban neighborhoods sustained by an accessible street-level crack market. Discussed are the policy and intervention implications associated with reducing crack-related health consequences in Mexico and other Latin American countries.

Alice Cepeda, Avelardo Valdez, Kathryn M Nowotny
2014 This paper examines the association between childhood trauma and gang membership. Specifically, this study compares histories of potentially traumatic events as assessed by the Childhood Trauma Questionnaire among a street-recruited random sample of Mexican American male gang members and a matched comparison group of delinquent youth. The gang and delinquent youth samples are then compared to normative samples of adolescent male psychiatric inpatients and male undergraduates. The findings show that gang members generally report experiencing lower levels of childhood trauma compared to those in the sample of delinquent youth. In fact, gang members' levels of childhood trauma more closely resemble those of the undergraduate sample. However, this analysis suggests that gang membership, and delinquency in general, may be associated with physical neglect.