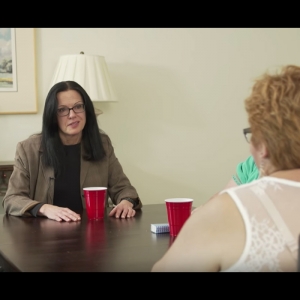 Suzanne Wenzel has devoted years to studying homelessness – in particular, how putting a roof over someone’s head can improve their entire well-being. However, a new report from the National Academies of Science, Engineering and Medicine concluded there’s not been nearly enough research done on the topic.

The need for more study is urgent, said Wenzel, an author of the report and the Richard M. and Ann L. Thor Professor in Urban Social Development at the USC Suzanne Dworak-Peck School of Social Work.

She cited statistics, such as this one from the U.S. Census, that the housing-adjusted poverty rate in California (the poverty rate when factoring in housing costs) exceeds 20 percent.

“There’s a lot of evidence that homelessness is horrific for people’s health,” Wenzel said. So if the chronically homeless are provided with housing, “how exactly is their health changing?” she said.

In October 2016, Wenzel was asked to join an 11-person expert panel convened by the National Academies to review and evaluate the research on whether permanent supportive housing (PSH) improves the health of the chronically homeless.

Despite combing the literature for answers, the committee could find very little research, outside of studies of people living with HIV/AIDS. “We were disappointed to learn that there isn’t sufficient evidence out there yet,” she said.

The National Academies report on permanent supportive housing, published in July, gave pointed directions for future studies. It called for collaboration on the issue between the federal departments of Health and Human Services and Housing and Urban Development; research into which health issues suffered by the chronically homeless would be most helped by PSH; studies of which supportive services are the most effective in these situations; a push for states to include housing-related services as part of their Medicaid-reimbursable benefits; and an increased effort by the federal government, working in concert with non-profits and state and local governments, to increase the supply of such housing.

Although peer-reviewed studies on the subject are scant, formerly homeless people can testify to the difference permanent supportive housing has made in their lives.

Eventually, she learned of the Downtown Women’s Center, an LA organization on Skid Row that serves and houses homeless and formerly homeless women, and stopped in for a meal. “The first day, I was impressed,” she said. “So many tables. A clean place with a lot of lights. A front desk. I said, ‘Here looks like a little palace.’”

By the next day, she had moved in; she’s now been there six years. Since she began living at the center, she’s gotten help learning to manage her asthma, diabetes, high blood pressure, depression and schizophrenia.

Before she came to the center, “I was almost losing all my hope,” she said. Even now, “some days I still don’t believe [I’m here, like it’s] the first day,” she said. “I keep thinking, ‘This is not a dream.’”

De Leon’s experience illustrates Wenzel’s belief that PSH can make a profound difference in the life of society’s most vulnerable. Studies, like the ones called for in the report, would show who best to target for housing, and what supports could most help them.

“We know that homelessness is really bad for people’s health,” Wenzel said. “So, what are the health benefits of being in housing?

Learn more about Wenzel's work with the Downtown Women's Center.