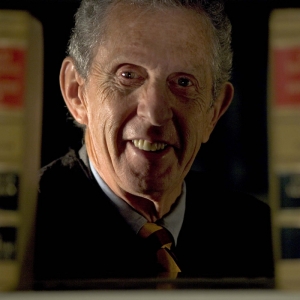 Ralph Fertig, prominent civil rights lawyer and USC clinical professor of social work, died on March 28 at his home in Westwood, a neighborhood in Los Angeles. He was 89.

Fertig was an influential social justice activist who dedicated his life to the fight for free speech and human rights in the United States and abroad as a federal administrative judge, civil rights attorney, social worker and sociologist.

Fertig protested racially segregated interstate bus terminals in the American South through his participation in the 1961 Freedom Rides.

Handpicked by members of the movement as a participant, then-Chicago resident Fertig recalled hesitating to sign on at first, not wanting to be seen as a “meddling outsider from up North.” Martin Luther King Jr. convinced him to join the rides by explaining that racial equality wasn’t a matter limited to the South.

Fertig boarded a bus in Atlanta on June 1, 1961, with four other Freedom Riders, quietly but forcibly integrating seating on that bus and testing the enforcement of separate-but-equal practices in interstate bus stations.

He was arrested after he yielded his bus seat to a black female passenger and then tried to sit next to an elderly white woman he claimed was occupying two seats to block the Freedom Riders.

In jail in Selma, Alabama, Fertig said he was beaten by white inmates. “I believe all of my ribs were broken,” he told The New York Times in 2010. The 1961 Freedom Rides, marked by terrible violence, are viewed as a turning point in the Civil Rights Movement.

Participating in a City of Los Angeles event marking the 50th anniversary, Fertig acknowledged the importance of the Freedom Rides but also called for continued work to be done.

“I don’t want to dwell on the nostalgia of 50 years ago – that’s the past,” he said. “What’s important now is what we do with that information and pass on our legacy. We changed the world; you can too.”

His commitment to social change remained strong throughout his career. He worked for a quarter century as a civil rights attorney, mostly in private practice in Chicago, Los Angeles and Washington, D.C. He was a federal administrative judge for civil rights after serving as regional attorney for the Equal Employment Opportunity Commission.

Fertig served as executive director of the Greater Los Angeles Community Action Agency, where he managed programs directed toward the improvement of life and better opportunities for low-income residents and communities.

He was also the longtime president of the Humanitarian Law Project, a nonprofit group with a long history of mediating international conflicts and promoting human rights. The organization’s efforts to advise the Kurds on how to take their grievances against the Turkish government to the United Nations came in to conflict with U.S. national security interests in the years following the 9/11 terror attacks.

Fertig argued that the 1st Amendment protected his right to advise the Kurds, including those who were suspected members of the Kurdistan Workers’ Party, a group designated by the U.S. State Department as a terrorist organization. The Supreme Court ultimately ruled that prosecution could be brought against advocates like Fertig and the Humanitarian Law Project, even if their goal was to settle disputes without violence.

Teaching the next generation

Fertig began teaching social welfare courses at the USC Suzanne Dworak-Peck School of Social Work in 2003 and received the Jane Addams Award for outstanding teaching in 2004. That same year, he was recognized with the George D. Nickel Award for Outstanding Professional Services by the California Social Work Archives.

Before his retirement in 2016, he chaired the school’s social welfare policy sequence and ran a seminar on social work and the law. For years, with his students, he campaigned for the rights of those experiencing homelessness, which he believed represented a “failure of our social service safety net.”

“I try to impress on students studying social work the need to be committed to finding a solution to this homelessness,” he told Patt Morrison of the Los Angeles Times in 2010. “It’s been wonderful what [some students] have gone on to do.” In 2009, students in one of his classes helped draft legislation, introduced by U.S. Representative Maxine Waters, to keep homeless children housed with their parents whenever possible.

“The magnitude of their commitment exceeded my expectations,” Fertig said at the time.

“Ralph Fertig was a remarkable individual and progressive voice for a just society,” said John Clapp, interim dean of the USC Suzanne Dworak-Peck School of Social Work. “His social conscience and championship for societal change embodied the values of the social work profession. His impact will continue to be felt by those he advocated for and by the students and others he inspired to carry on his mantle of advocacy.”

Born to German immigrants in 1930 and raised in Chicago, Fertig recalled early experiences with forms of discrimination as setting the foundation for his lifetime dedication to civil rights. He told the Daily Trojan that his parents opened their home to Jews fleeing Nazi persecution during the 1930s and 1940s.

“I grew up learning about the atrocities that Hitler was committing against the Jews, and I swore I would devote my life to preventing such atrocities,” he said.

Fertig came to California in 1973 to run the Greater Los Angeles Community Action Agency, the joint city-county community action program in the war against poverty. In Washington, D.C., he ran Southeast Neighborhood House, became local president of the National Association of Social Workers, participated in the Leadership Conference on Civil Rights in lobbying and building the March on Washington to secure civil rights legislation, then ran the Metropolitan Washington Planning and Housing Association. The Washington Post, in a staff editorial, dubbed him the “conscience of Washington.”

For years, Fertig served as president of the Southern California Chapter of Americans for Democratic Action and on the local advisory board of Americans for Peace Now. He was a founding member of the board of the Progressive Jewish Alliance, and a delegate to Democratic Party state and national conventions.

In addition to writing the Peace Corps Training Manual on Community Development, an anthology on “Men and Work,” and numerous articles and chapters in books on human rights, social welfare policy, homelessness, the Kurds under Turkish occupation, and the Freedom Rides, he is author of Love and Liberation: When the Jews Tore Down the Ghetto Walls (2001), a Los Angeles Times best-selling novel.

Among his many accolades are the Eleanor Roosevelt Award given by the Americans for Democratic Action for lifetime service in human rights and the Clarence Darrow Award from the Peoples College of Law for legal advocacy. The Ralph Fertig Collection at the USC University Archives celebrates his life through personal narratives, collected clippings and other primary resources.

Fertig is survived by his children, Jill, David and Katie; son-in-law Ananda; and five grandchildren, Laura, Thomas, Ravi, Melissa and Thea. He was predeceased by his wife Madeleine Stoner, a USC social work professor of nearly 30 years and expert on homelessness, and two children, Karen and Jack.