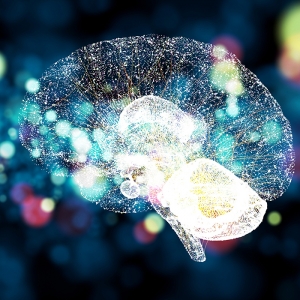 Growing up in a disadvantaged neighborhood is related to children’s brain structure and neurocognitive performance, according to a study published May 3, 2021 in the journal JAMA Pediatrics. It is associated with the brain’s cortical structure and volume as well as how children pay attention, their executive function, reading, flexible thinking, and other tasks that support learning.

These differences could potentially contribute to other inequities during adolescence as well as later in life for these children, though there is no evidence that such neighborhood-related differences are fixed or immutable. Children’s brains exhibit plasticity, meaning that they can change and grow in response to learning and experience. The study’s findings shine a spotlight on the larger population trend and do not serve as a predictor of any individual child’s outcome.

“This points to the importance of investing in policies and programs that help improve local neighborhoods and to support and empower communities to promote children’s neurodevelopment and long-term health and well-being,” said Daniel A. Hackman, assistant professor at the USC Suzanne Dworak-Peck School of Social Work and lead author of the study.

Researchers from the USC Suzanne Dworak-Peck School of Social Work and the Keck School of Medicine of USC used data from the Adolescent Brain and Cognitive Development (ABCD) Study, collected from October 2016 – 2018. The ABCD Study is the largest long-term study of brain development and child health ever conducted in the United States.

“Disadvantaged neighborhoods may lack quality health services, access to nutritional foods, and well-maintained parks and rec facilities,” said Megan Herting, assistant professor in the department of preventive medicine at the Keck School of Medicine at USC and senior author of the study. “They may also expose residents to more pollutants or social stressors.”

In addition to Hackman and Herting, study authors include Dora Cserbik, Jiu-Chiuan Chen, and Rob McConnell of the department of preventive medicine at Keck School of Medicine; Bita Minaravesh of the USC Dornsife Spatial Sciences Institute; and Kiros Berhane of the Department of Biostatistics at Columbia University Mailman School of Public Health.

Neighborhood disadvantage and the brain

The study participants were 8,598 nine- to eleven-year-old children in 21 sites from the ABCD Study, and includes youth from diverse backgrounds, family income levels and neighborhood environments. Using this ABCD data, the multidisciplinary team of researchers tested whether neighborhood disadvantage is associated with neurocognition and brain structure through the National Institute of Health Toolbox Cognition Battery and magnetic resonance imaging (MRI) scans.

Neurocognition refers to specific cognitive functions related to particular neural systems, such as executive function, memory, problem-solving and perception. Executive function is the set of cognitive functions that allows people to select behaviors, make efforts to regulate or control their behavior or thinking in given situations, and to focus on goals despite distractions. Brain structure refers to global and regional measures of the brain’s cortex and subcortex, such as volume and surface area.

The researchers found that neighborhood disadvantage was associated with worse neurocognitive performance on nearly all tasks and smaller cortical surface area, as well as cortical volumes and subcortical volumes, across the whole brain. The associations remain after adjusting for family socioeconomic status and largely remain after adjusting for perceptions of neighborhood safety.

“Our findings aren't specific to the child's home life, as we accounted for socioeconomic factors at each child's home,” Herting said. “But the research suggests neighborhoods may have different levels of social and educational resources and opportunities that can impact a child's neurodevelopment.”

Disadvantaged neighborhoods are those in which people generally have lower levels of income, employment and education. Growing up in these conditions can be stressful for children and adults. However, comparing disadvantaged neighborhoods across the country is challenging to social work researchers, who understand that when looking at national samples they may pick up regional differences for which they must account.

The impressive scope and scale of the ABCD study made it possible for these researchers to delve into rich local data that enabled them to understand the similarities and differences of disadvantaged neighborhoods within the context of their cities. Hackman, whose research interests include understanding neighborhoods and the context that children and adolescents grow up in, wanted to be able to look at the research question from both the national perspective as well as the local perspective.

His interest was even more piqued when he saw a clear narrative emerge from the data.  “The consistency of the data was so compelling,” Hackman said. Though disadvantaged neighborhoods may vary from city to city, the researchers found the associations were largely consistent across 21 metropolitan areas within the U.S.

For policymakers, a takeaway is that neighborhoods were related to these important aspects of child development everywhere, and that though each city is different, the unique local conditions are important to address.  In addition, the global relationship between neighborhood and overall brain structure and neurocognitive performance suggest that intervention approaches may be most successful if they are comprehensive and focused on improving children’s contexts, rather than narrowly targeted to the development of particular cognitive skills.

“This research is important as it not only highlights that neighborhoods matter, but it also suggests that promoting neighborhood equity based on the unique local conditions within cities could be important for the short and longer-term health and overall development of children and adolescents,” Hackman said.

According to the study, although the magnitudes of association between disadvantaged neighborhoods and neurocognition and brain structure are statistically small, they are potentially meaningful. One reason is because even small effects may have large consequences as they accumulate over time at a population level. Another reason is because these are comparable to, but smaller, than effect sizes for family socioeconomic status in these models.

“There is also considerable evidence of resilience,” Hackman noted, as the authors caution that these associations are not predictive at the individual level. In particular, many youth from disadvantaged neighborhoods outperform their peers from more affluent neighborhoods, and also have larger cortical surface area and subcortical volume as well. In other words, living in a disadvantaged neighborhood is not deterministic and does not automatically predict any pattern of neurocognition and brain structure for any individual. Instead, the association uncovered by these researchers points to more reasons why improvements to neighborhoods can bring positive change.

“Future research is needed to determine if our findings are, in fact, attributable to differences in community-based resources or differences in quality of schooling,” Herting said. “However, our findings do add to a growing literature suggesting the importance of neighborhoods and how they may contribute to place-based disparities in health and well-being in America.”