Are You Sure More Than Half of LGBTQ Youth Have an Eating Disorder? Because Science Says Otherwise 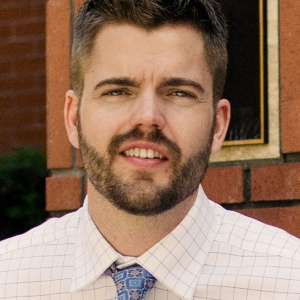 Jeremy Goldbach is director of the USC LGBT Health Equity Initiative at the University of Southern California Suzanne Dworak-Peck School of Social Work. The initiative leads scientific inquiry into the physical, emotional and social health of LGBT youth, adults and families, and guides best practices for achieving health equity for this population. The work of the HEI is guided by scholars, community leaders and nationally recognized experts in the field of LGBT health, who are committed to advancing research, collaboration, training and outreach activities that facilitate dialogue, broaden awareness, and promote social change.

Each day, thousands of lesbian, gay, bisexual, transgender and queer (LGBTQ) youth wake up to a world filled with homonegativity, violence, gender shaming, bathroom bills that attempt to legislate the most private daily experiences, and family and peer rejection. Research has consistently found violent experiences to be prevalent for this group of young people. For example, gay and lesbian teenagers are respectively eight and 10 times more likely to be victimized at school than their heterosexual peers (D’Augelli), and national meta-studies find similar results (Friedman et al).

It’s true that these victimization experiences have resulted in some pretty negative outcomes for LGBTQ young people over time. Studies have estimated that LGBTQ youth are three to four times more likely to report an internalizing disorder (e.g., anxiety, depression), and two to five times more likely to report externalizing disorders (e.g., substance use) than their heterosexual and cisgender peers. Nationally representative studies, like Monitoring the Future and the Youth Risk Behavior Survey, also find similar disparities, with higher rates of substance use, depression and suicidality among nearly all sexual and gender minority groups tracked.

With this knowledge in mind, I was shocked to wake up and read headlines purporting “more than half of LGBTQ youth have an eating disorder” on articles published by Teen Vogue and the Huffington Post. At first, I was saddened to think this statement could be true -- that is, until the reality of how ostentatious this claim was set in.

The stories report on a study conducted by The Trevor Project, in collaboration with the National Eating Disorders Association (NEDA). Their study suggested that in more than 1,000 LGBTQ youth surveyed, 54 percent had been diagnosed with an eating disorder. Further, 71 percent of transgender youth in their study reported having an eating disorder. Given the stark contrasts to what has been previously reported in nationally representative studies, the suspicion of our team at the USC LGBT Health Equity Initiative only grew. As academics, with the good fortune of both library access and Google, we quickly found several nationally representative studies on this exact set of topics, with quite contrary results. For example, data from the Growing Up Today Study, published by Dr. Bryn Austin and colleagues in 2009, reports that LGB youth do indeed have higher rates of eating disorders, but a far cry from 54 percent. Their study found that just 8.2 percent of lesbian girls, and 2.3 percent of gay males, had disordered eating behavior. Other regionally based studies, such as those by Mustanski, Garofalo and Emerson are similar, finding eating disorders “quite rare” among LGBT youth, with only about 1 percent of the overall sample reporting experiences of anorexia or bulimia.

What is most troubling about the study released this past week, and the title of these articles, is that many readers will not take the time to dig more deeply into the data or assess the quality of the study methods. Upon closer examination of the Trevor/NEDA methodology and conversations with those involved in its implementation, it is critical to note that these 1,000 LGBTQ youth were recruited primarily through the Twitter account connected to the NEDA and Trevor Project websites. Given that NEDA is an organization focused solely on eating disorders, one might expect that many of their Twitter followers would report having an eating disorder themselves. Although the authors do indicate the sample was “not probability based,” they neglect to tell readers exactly how the sample was obtained -- a classic example of sampling bias and misrepresentation of findings in its most egregious form.

Ultimately what concerns us is not just the way the results of one poorly executed survey will be used or how it may be posted and reposted throughout the vast space of our social media channels. What is more troublesome is that we now live in a world where we constantly expect to see huge deficits and challenges for LGBTQ people, so much so that we are willing to further stigmatize and marginalize a community that is experiencing enough problems as it is.

Before we publish our work to the public, we have a responsibility to be aware of the impact of our words. Well-executed school-based studies on school safety by GLSEN have changed the national dialogue for LGBTQ youth and even reached the highest levels of school district administration. Similarly, facing a major lack of research knowledge focused on transgender individuals, the National Center for Transgender Equality (NCTE) launched the largest and most widespread national survey of transgender people in 2015, The National Transgender Discrimination Survey, with nearly 28,000 respondents. Both of these studies had surprising results that sparked national discussion and highlight the critical role that nonprofit public agencies play in addressing critical gaps in research, practice and policy analysis.

However, when organizations that are trusted names in the community put out the kind of biased information found in the Trevor Project/NEDA survey, it only hurts our ability to articulate the very real needs the LGBTQ community has. In a world full of “fake news,” we expect those framing their work as “research” would strive to be as transparent and honest as possible, so that readers can fully evaluate the quality and relevance of their findings.