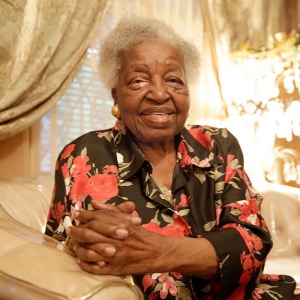 At lunch at the iconic Pann’s coffee shop in Los Angeles a few years ago, Barbara Solomon remembers Millie Charles was just as passionate about the profession of social work as she had been when the two women first got to know one another in the 1980s. Retired and recovering from a stroke, Charles lit up that afternoon talking about old times as well as new honors, such as the new social work school building at the Southern University of New Orleans (SUNO) that would bear her name.

“Millie Charles saw the civil rights movement as her mission in life,” Solomon, a USC Suzanne Dworak-Peck School of Social Work alumna and professor emeritus who also served as the first Black dean at USC for the USC Graduate School, said. “She thought social work was the profession that could be the most impactful in improving the lives of those who were oppressed.”

Both Charles and Solomon grew up in Jim Crow states, where racial segregation laws created one set of schools, restaurants, public transportation and drinking fountains for white people and another set, typically inferior, for Black people. Both women left their home states of Louisiana and Texas, respectively, to pursue graduate degrees in California: Charles attending USC and Solomon the University of California, Berkeley for her Master of Social Work (MSW) and USC for her Doctorate of Social Work (DSW).

Charles graduated from USC with a Master of Social Work in 1957 and eight years later, was asked by Emmett W. Bashful, then-Chancellor of SUNO, to start a social work program within the university’s sociology department. That program grew into SUNO’s school of social work, offering baccalaureate and master's degrees under the leadership of Charles, who served as dean.

In the 1980s as SUNO’s school of social work underwent its accreditation process, Charles had requested Solomon be hired to review the school’s curriculum and faculty and write a recommendation for accreditation. Charles had been impressed by Solomon’s groundbreaking book Black Empowerment: Social Work in Oppressed Communities, published in 1976. Solomon remembers meeting with Charles and the faculty members, who were eager to describe the curriculum and the school’s mission and see if it was consistent with the principles outlined in her book.

“Millie was passionate but always had an open mind and was ready to absorb new ideas,” Solomon said.

Ferol Mennen, USC Suzanne Dworak-Peck School of Social Work associate professor, taught at SUNO under Charles’ leadership for a few years in the mid- to late-1980s before joining the USC faculty, around the time of that accreditation process.  She recalls Charles as very warm and caring, but also very determined. “Millie was very interested in community organization, but she also understood that most social work students came to learn about direct practice,” Mennen said.

Solomon remembers many conversations about striking that balance between the need for social change and the good work that social workers could do for individuals who had been deeply disturbed by the segregated environment they grew up in.

“Most important to them was their reflection on their place in the deep South and how they could address the legacy of struggle and pain created by Jim Crow laws,” Solomon said.

In her decades of service, Charles made a real impact on her community and her work was acclaimed. In addition to naming a building after her, SUNO also has an endowed chair of social work in her name. She won various awards, including the Distinguished New Orleanian and Social Work Pioneer by the Urban League of Greater New Orleans, the Lifetime Achievement Award from the National Association of Black Social Workers, and an honorary doctorate from her undergraduate alma mater Dillard University. The National Association of Social Workers named her Social Worker of the Year in 1975.

Even with all the acclamation, Charles viewed her work and accomplishments with humility. “Despite her magnanimous personality and rambunctiousness, especially when it came to issues of injustice, she was quite humble when attention was given to her,” said her daughter H.M.K. Amen (formerly known as Charlene Charles), who earned her Master of Public Administration and MSW from USC in 1975. “I have no question that her influences in the field of social work will have impact for centuries to come.”

Charles died in November 2020 at age 97. Read her obituary in The Times-Picayune.