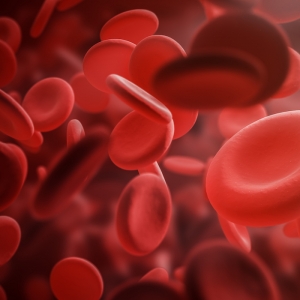 The first generation of people with hemophilia to live past 50 are aging in a world that doesn’t know what to do with them.

“I wasn’t expecting to be alive past 12, then 15, then 35-ish, and now I’m a fluffy 50 and having to deal with a system that’s not ready for me,” said Bobby Wiseman, who has severe hemophilia and is HIV-positive. “We weren’t supposed to get old.”

“Navigating Time and Space: Experiences of Aging with Hemophilia” is the first research study to address this groundbreaking cohort. Sara Schwartz, clinical associate professor at the USC Suzanne Dworak-Peck School of Social Work and National AIDS Memorial Board Member co-led the study of this little-known chapter of the HIV/AIDS crisis and its implications for today's aging hemophilia survivors with Tam E. Perry, associate professor at the Wayne State University School of Social Work.

“As someone who has been active in the HIV and AIDS community for many years, it blew my mind and shamed me that I didn’t know this history,” Schwartz said. “This is such a powerful story of resilience. It has completely pivoted my work. They are the first cohort to age and it’s important to document their stories and collect information from them while we can.”

With support from medical sociologist Charles Kaplan, former associate dean of social work at USC, and Dana Francis, a social worker at the University of California San Francisco, the research team evaluated participants in four key gerontological areas: self-care, social networks, the meaning of home/aging in place and productive aging contributions. Their investigation focused on strategies to optimize functioning, shifting the perceptions of time and ways to better address the needs of this underserved population.

"With this study, NHF's Innovative Investigator Research Award is going to a social worker for the first time ever," said Len Valentino, president and chief executive officer of the National Hemophilia Foundation. "Social workers are part of the critical foundation, along with research and advocacy, to ensure that people and families impacted by inheritable blood disorders may thrive."

For people with hemophilia, a relatively minor injury  can turn into a life-threatening bleed if not appropriately treated, so the things that many of us take for granted as we age — colonoscopies, heart care, long-term residential care — are uncharted territory for this group and their medical professionals. Having survived so far beyond their own and everyone else’s expectations, they are having to advocate for themselves and create a new path forward for the patients with bleeding disorders who will follow them.

"This research definitely highlights the medical needs in my not-so-distant future and beyond,” said Patrick Lynch, a 36-year-old filmmaker and health advocate with severe hemophilia. “I’m going to be the beneficiary of this, but only if I’m paying attention.”

This cohort of persons surviving with hemophilia also faces a host of unforeseen issues associated with aging. Eighty-eight percent of study participants reported being profoundly affected by their unexpected longevity. With the expectation of a short lifespan, most did not plan for the future — the practicalities of careers, 401Ks or savings accounts. Many did not marry or have children, either because their HIV or hemophilia status isolated them socially or because they did not think they would be around long enough.

“It was not on the concept to say invest in this because it was like, ‘to hell with it, I’m going to be dead,’” Wiseman said. “And now it’s this whole thing that I might be here until I’m 85.”

Decades of chronic physical pain, isolation from peers and the disorienting feeling of facing a future they never expected to have, as well as survivor’s guilt, have also created complex psycho-emotional needs. Across the board, study participants called for great mental health support tailored to their population, which often includes intersectionality with HIV status, sexual orientation, age and race.

“It was a medical holocaust,” said Francis, who has focused on the hemophilia community since 1988 and literally seen many of the survivors in the study grow up from children and teenagers, even as many more of their cohort passed. “The younger generation doesn’t know what they don’t know. I want this information to be there when they get to 50.”

The study also explores how the perception of a time horizon often influences our actions, emotions and goals. Using Socioemotional Selectivity Theory to understand what it means when nearness to death expands rather than contracts, many of these findings may have application in use with long-term HIV survivors and, as life expectancy grows longer for typical Americans, broader implications and insights for aging overall.

"It is so important to realize that the stigma and discrimination of marginalized communities has such a corrosive impact on society and that it also directly impacts others,” said John Cunningham, chief executive officer of the National AIDS Memorial. “In the case of AIDS, the hemophilia community was devastated, losing half of all people with hemophilia in a short ten years. It is important to remember injustice upon one is injustice upon all."

Beyond the fallacy of a “men-only” disease

Schwartz plans to expand on her research to include a focus on women with bleeding disorders. Until recently, it was falsely perceived that men primarily developed hemophilia and women were only the carriers. Now it is being discovered that women can also suffer from the disease, but because the symptoms are often milder or it expresses itself through longer periods of menstrual bleeding, it has often been discounted by doctors. As more women are correctly diagnosed, other serious health complications are being discovered from years of iron deficiency.

“I discovered the hemophilia community and what they’re going through today and I just couldn’t look away,” said Schwartz. “This is a very traumatized and wounded community. They have been overlooked and stigmatized and ostracized. I want to share their story and that's what I will continue to do.” 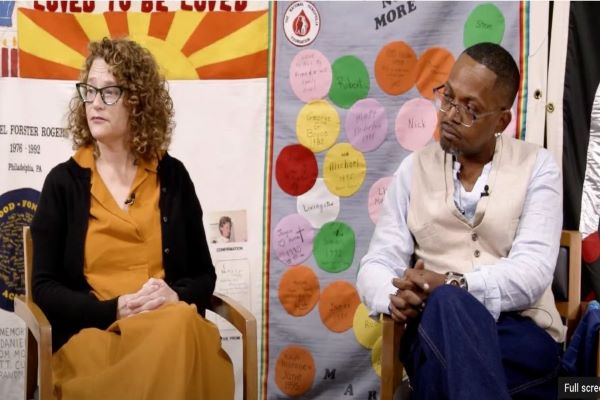