How to Recognize the Top 5 Signs of Sexual Abuse

For Sexual Assault Awareness Month in April, learn how to recognize the signs the someone is a survivor of sexual trauma, and understand the first steps you can take toward assisting them. 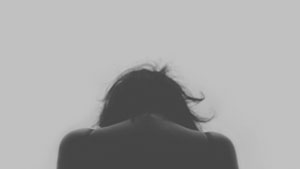 Many survivors of sexual abuse or assault may not seek help on their own. In fact, two out of three rapes go unreported, according to the Department of Justice. Here is a guide to common warning signs that sexual trauma may have occurred, and how to offer help to victims.

Recognizing these top 5 signs of sexual abuse or assault could save the life of someone you know:

While you may not be qualified to formally diagnose depression, symptoms such as long periods of hopelessness or sadness offer an indication that professional intervention is needed. Depression can also manifest itself in a loss of concentration or interest in activities that the individual once enjoyed. In the case of sexual trauma, the condition is often triggered by a loss of bodily autonomy, which can lead to a chronic lack of self-worth.

There are a myriad of reasons for anxiety and the root cause can be difficult to identify. In sexual abuse survivors, however, anxiety is often about a fear that another attack is imminent. If you begin to notice any classic signs of anxiety like agoraphobia, a seemingly irrational fear of specific places or people or the onset of panic attacks, that person may be coping with the aftermath of an assault. Like depression, anxiety can lead to debilitatingly poor concentration, increased stress and other mental health issues.

Anger is not an uncommon emotion for any individual, but irrational or persistent anger could be a reaction to past or ongoing trauma. If you notice an increased inclination toward anger in the absence of an obvious cause, there may be something else going on beneath the surface. If anger is left to fester, it can stall the recovery process by further isolating a survivor of sexual trauma from his or her peers.

This can take many forms, but self-harm it is a very clear indication that something is wrong. Noticeable injuries such as cutting or burning are the most obvious manifestations of self-harm, but substance abuse, a change in eating habits and acting out sexually may also be warning signs.

A chronically disruptive or sudden change in relationships, romantic or platonic, may be a sign of past or present sexual trauma. It might be a noticeable and sudden shift by the individual to distance themselves from friends, an inability to build intimate partnerships or an unfounded general lack of trust. It could also manifest itself in the opposite way with the survivor displaying an overeagerness to form close, personal attachments to others.

If you notice any combination of the above warning signs in someone you know, be responsible in your efforts to address the situation. Knowing how to recognize the signs of sexual abuse or assault is only the first step. Once that is established, accept your role in assisting the victim.

If you suspect that someone you know is suffering from trauma related to sexual abuse or assault, both the Department of Justice’s National Sex Offender Public Website (NSOPW) and the US Department of Veteran’s Affairs offer further guidance on helping and supporting survivors.