Interdisciplinary researcher, specializing in the health-related needs of vulnerable populations. 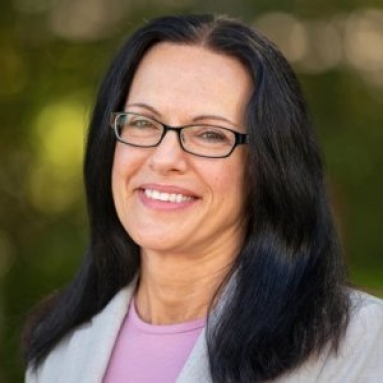 Interdisciplinary researcher, specializing in the health-related needs of vulnerable populations.

Suzanne Wenzel has devoted much of her career to interdisciplinary research that seeks to understand and address health-related needs of vulnerable populations, particularly individuals experiencing homelessness in urban communities. Wenzel has served as the principal investigator on ten grants from the National Institutes of Health. Funding for these projects from the National Institute on Alcohol Abuse and Alcoholism, the National Institute of Child Health and Human Development, the National Institute of Mental Health and the National Institute on Drug Abuse has totaled more than $15 million. Her research involving homeless persons has included an investigation of the social context of risk for substance use and HIV/AIDS among homeless men, women and youth; examination of the relationship of trauma to substance use and HIV/AIDS risk among women; and adaption of evidence-based programs to address HIV risk, victimization by violence, and post-traumatic stress among women. She is investigating the process of transitioning to permanent supportive housing among individuals experiencing chronic homelessness, and associated changes in personal relationships, behavioral health and risks, health service use, and quality of life. She organized a Los Angeles County-wide forum on the topic of integrated care and housing for homeless persons, and has participated in several regional and national efforts to prevent and end homelessness. Wenzel has also conducted research on substance abuse treatment quality, and organizational linkages among treatment courts for drug-involved offenders and community-based providers of behavioral health services. After completing her doctoral studies in community psychology, Wenzel was awarded a National Institute of Mental Health post-doctoral fellowship in the Rutgers/Princeton program in mental health research. Prior to her appointment at USC in 2009, she was a senior behavioral scientist at the RAND Corporation in Santa Monica, Calif., and was responsible for research quality assurance in the RAND Health program. To reference the work of Suzanne Wenzel online, we ask that you directly quote their work where possible and attribute it to "Suzanne Wenzel, a faculty at the USC Suzanne Dworak-Peck School of Social Work” (LINK: https://dworakpeck.usc.edu) 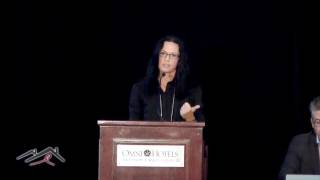 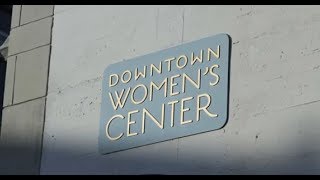 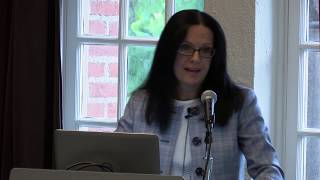 University of Texas at Austin

Awarded by the University of Southern California, Higher Education Resource Services (HERS)

Social networks: A hypothesized mediator in the association between incarceration and risk behaviors among women with histories of homelessness | Journal of the Society for Social Work and Research

To use or not to use: A stage-based approach to understanding condom use among homeless youth | AIDS Care

2014 This study used a stage-based approach to understand condom use behavior in a representative sample of 309 sexually active homeless youth recruited from shelters, drop-in centers, and street sites in Los Angeles County. Focusing on the youth's most recent sexual event, the three stages of condom use examined were: (1) whether the partners decided prior to the event about using condoms; (2) whether a condom was available at the event; and (3) whether a condom was used at the event. Logistic regression analysis was used to identify attitudinal, relationship, and contextual correlates of each of these three stages. Deciding ahead of time about condom use was associated with being Hispanic, level of education, condom attitudes, and various relationship characteristics (e.g., partner type, monogamy, relationship abuse), with the nature of these associations varying depending on the type of decision (i.e., deciding to use, deciding to not use). Condom availability was more likely to be reported by males, if the event was described as being special in some way, or if the event lacked privacy. Condom use was more likely among youth with more positive condom attitudes and among youth who decide ahead of time to use a condom, but less likely among those in monogamous relationships or when hard drugs were used prior to sex. Whether sexual intercourse is protected or unprotected is the end result of a series of decisions and actions by sexual partners. Results from this study illustrate how condom use can be better understood by unpacking the stages and identifying influential factors at each stage. Each stage may, in and of itself, be an important target for intervention with homeless youth.

2014 Homeless people are among the most marginalized individuals in the United States and experience significant rates of morbidity and mortality. Los Angeles County, California, has the highest concentration of homeless individuals in the nation, and although it features the largest health and social services system available to homeless people, it faces significant challenges to provide cost-effective integrated care. Housing and highly coordinated or integrated care represents an efficient and effective way to serve homeless individuals. Based on content analysis of symposium proceedings that included multiple stakeholders who engaged in a daylong structured conversation about challenges and opportunities related to the development of a fully integrated system of care, this manuscript presents insights about the state of service integration in the largest county in the United States. We discuss implications for the health and social services system, including a call for developing an strategic plan to vertically integrate care to address issues of homelessness.

2014 This systematic review explores empirical research published between 2002 and 2012 regarding the effectiveness of prevention programs for intimate partner violence. To assess whether and to what extent programs might be applicable to implementation with a homeless youth population, we categorize studies as being tested with the general youth population or with at-risk youth populations. Quality of the research is assessed by comparing participant selection, study design, assessment instruments, and program outcomes. Applicability to homeless youth is assessed by examining setting, participants, curriculum, duration of intervention, target outcomes, measures and instruments, and results. After retrieving abstracts from various databases using search words that reflected our research questions, we identified 14 studies that met the review inclusion criteria. Of the 14 programs reviewed, 7 were implemented with the general youth population and 7 programs were implemented with “at-risk” youth. Although some programs show sufficient promise to warrant further research (e.g., efficacy and effectiveness trials), whether these programs can be adapted to fit the needs of homeless youth remains unclear. Therefore, preventing intimate partner violence among homeless youth might require efforts to develop a new intervention that not only meets the needs of homeless youth but also meets the needs of those providing services for homeless youth.

As local, state, and federal officials continue to invest in permanent supportive housing to address issues of chronic homelessness, mental health, and substance use, research is needed to explore how the transition to housing affects homeless individuals. Using a socioecological model and a longitudinal design, this study will examine HIV risk and prevention behaviors in a sample of chronically homeless, predominately African American men and women as they transition to housing. Evidence from a pilot project has suggested that the transition process may increase rather than decrease certain risk behaviors over time. The specific aims of the study are to examine changes in those risk behaviors, how the social networks of housed individuals change over time, and how the transition to permanent supportive housing affects drug use and mental health symptoms. The research team also plans to assess whether and how housing providers promote HIV prevention and will use findings to inform specific strategies to reduce the risk of HIV transmission. Interviews will be conducted with approximately 405 individuals receiving housing before the transition and at 3, 6, and 12 months after entering housing. Researchers will also interview supervisory employees and conduct focus groups with frontline staff members of housing providers.