María P. Aranda is an internationally recognized social worker and sociobehavioral scholar in the fields of social work, geriatrics and gerontology. Born one mile from the USC Health Sciences campus, Professor Aranda knows well the impact of living in a racially/ethnically diverse and economically impoverished community of Los Angeles, and the effect on health and psychological wellbeing. Her early life experiences as a first-generation college student, and first-generation US-born Latina influenced who she is and the scholarly contributions she has made to the field.
Professor Aranda was hired by the USC Suzanne Dworak-Peck School of Social Work because of her extensive bilingual/bicultural clinical social work experience in low-income communities of color in Los Angeles County. As a clinician-scholar, she brings this perspective to her scholarship, teaching, and service activities as a professor of social work, and executive director of the USC Edward R. Roybal Institute on Aging, while expanding to other areas of the US, Mexico, the Caribbean, and China.
Her interdisciplinary scholarship and service to the profession, university and community are inextricably bound together. As a scientist highly steeped in principles of equity, diversity and inclusion, Professor Aranda decided early on that my scholarship had to have high impact and applicability to the populations with lived experience who were represented in my work: underrepresented groups in research such as racial and ethnic minorities, women, individuals and their families affected by serious psychiatric and neurocognitive disorders.  She addresses the racial/ethnic, sociocultural and demographic factors that impact physical functioning and psychological wellbeing in older and middle-age adults and their family caregivers from diverse racial and ethnic communities and socioeconomic levels. Towards this end, Professor Aranda elucidates disparities in health and health outcomes and develops culturally-attuned, evidenced-based interventions for diverse adults and families living with dementia, depression, multiple comorbidities and other life-altering conditions that exert significant public health burden, and social and place-based determinants of brain health and mortality.
Her work demonstrates a balance of scientific methods: epidemiological; observational; clinical and community-based studies; randomized trials; qualitative methods; commentaries; and published reviews. She authors cutting-edge publications in high impact scientific journals, including the Journal of the American Geriatrics Society, JAMA Network Open, Frontiers of Aging Neuroscience, The Gerontologist, Journal of Gerontology: Social Sciences, and Social Science and Medicine.
Professor Aranda has been awarded research grants from the National Institute on Aging, the National Institute of Mental Health, the National Cancer Institute, Patient-Centered Outcome Research Institute, California Department of Public Health, Southern California-CTSI, John A. Hartford Foundation/GSA, the National Institute of Rehabilitation and Research, the Alzheimer’s Association/HRSA, Alzheimer’s Los Angeles, the L.A. County Department of Mental Health, and the California Community Foundation, among others.
She developed the first Spanish-language support group for families affected by Alzheimer’s disease, and model support programs such as the El Portal Latino Alzheimer's Project, Programa Esperanza, and Siempre Viva for English- and Spanish-speaking individuals and families living with depression and Alzheimer disease. She has served on several consensus committees of the National Academies of Sciences, Engineering, and Medicine on the geriatric workforce in mental health and substance use service sectors, family caregiving to older adults with functional limitations, financial capacity determination among social security beneficiaries, functional assessment for adults with disabilities, and evidenced-based care for persons living with dementia and their care partners.
Professor Aranda frequently serves as an issue expert in her areas of interest for national organizations such as the National Institute on Aging, AARP, Global Brain Health Initiative, California Governor’s Alzheimer’s Prevention and Preparedness Task Force, and the Los Angeles Purposeful Aging Initiative. At the university level, she has served on the USC President and Provost’s Task force on Racial Equity, Diversity, and Inclusion, and the Joint Academic Senate/Provost Research Committee which published inaugural reports on diversity, equity, and inclusion in research, teaching, and workforce development at USC.
She led a biomedical scholars training program in Alzheimer’s and dementia disparities for early-career investigators from diverse underrepresented groups (women, sexual and gender minorities, and racial/ethnic minoritized groups) from a wide range of disciplines across the US. The NIA-funded program is the first of its kind and hails over $32 million in grant funding led by our emerging scholars.
To reference the work of Maria Aranda online, we ask that you directly quote their work where possible and attribute it to "Maria Aranda, a faculty at the USC Suzanne Dworak-Peck School of Social Work” (LINK: https://dworakpeck.usc.edu) 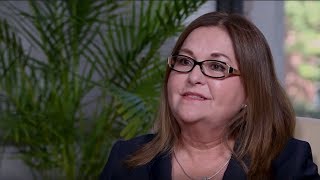 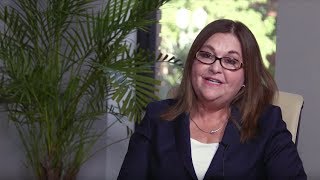