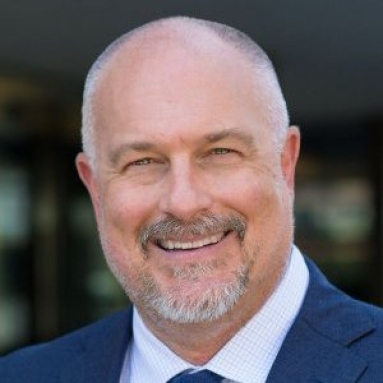 JOHN D. CLAPP is a professor at the Suzanne Dworak-Peck School of Social Work at the University of Southern California. Clapp is known internationally for his research and translational work in the field of alcohol problem prevention. A fellow in the American Academy of Health Behavior, Clapp is currently studying the system dynamics of drinking events with a team of engineers and computer scientists with the goal of developing “smart” real-time prevention applications. He has published more than 100 journal articles, with his work appearing in the Journal of Studies on Alcohol and Drugs, Addiction, Drug and Alcohol Dependence, among numerous other top research journals. Clapp has been awarded more than $32 million in grants and contracts (NIAAA, NIDA, U.S. Department of Education, Conrad N. Hilton Foundation) and has been principal investigator on over 20 funded projects. Clapp was the founding co-editor-in-chief of the International Journal of Alcohol and Drug Research. As a leader in the prevention of alcohol-related problems experienced by college students, he served six years as the director of the Higher Education Center for Alcohol and Drug Misuse Prevention and Recovery. He also served on the Substance Abuse and Mental Health Services Administration’s Center for Substance Abuse Prevention National Advisory Council. Clapp’s work and expertise has been featured in numerous international media outlets, with coverage in The New York Times, The Washington Post, The Daily Telegraph, ABC National News, among numerous others. To reference the work of John Clapp online, we ask that you directly quote their work where possible and attribute it to "John Clapp, a faculty at the USC Suzanne Dworak-Peck School of Social Work” (LINK: https://dworakpeck.usc.edu)

Dr. Clapp was recognized as a 2018 Research Laureate at the 18th Annual AAHB Scientific Meeting, "An Equity Approach to Health Behavior Innovations."

Luis Felipe Giraldo, Kevin M. Passino, John D. Clapp
2017 High-risk drinking is considered a major concern in public health, being the third leading preventable cause of death in the United States. Several studies have been conducted to understand the etiology of high-risk drinking and to design prevention strategies to reduce unhealthy alcohol-consumption and related problems, but there are still major gaps in identifying and investigating the key components that affect the consumption patterns during the drinking event.

Reducing and preventing alcohol misuse and its consequences: A Grand Challenge for social work | The International Journal of Alcohol and Drug Research

Audrey L. Begun, John D. Clapp, The Alcohol Misuse Grand Challenge Collective
2016 The scientific discovery, development, and implementation of evidence-informed solutions for alleviating alcohol-related problems are inherently multisectoral, as they affect individuals, families, communities, and larger social systems. The advent of new technologies, research approaches, and intervention strategies has dramatically accelerated positive results in addressing such problems over the past 40 years. Still, alcohol misuse remains a significant global problem, and reducing and preventing its consequences is a Grand Challenge for Social Work.