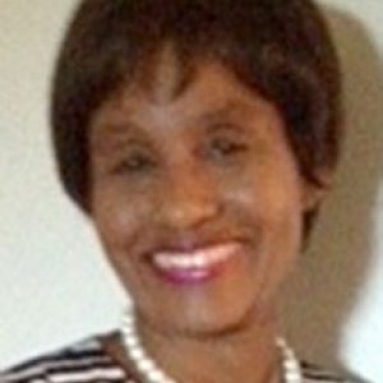 Jane James joined the adjunct faculty in 2011, teaching courses on research methods and human behavior and the social environment. She currently teaches a course on policy and practice in social service organizations and social welfare. Born and raised in Saint Lucia, she studied environmental sciences and epidemiology at the University of the West Indies. She became the first female public health inspector on the island. After moving to the United States in 1982, she attended the College of Mount Saint Vincent, where she graduated summa cum laude with a bachelor’s degree in sociology and psychology. She went on to receive her master’s degree in social work from Columbia University and a juris doctor degree from Barry University School of Law. She also obtained a certificate in alternate dispute resolution from Hamline University School of Law, as well as a certificate in family and children’s services. A certified legal intern, she represented clients in the Orlando juvenile justice system. She then worked in foster care for the Jewish Child Care Association and the Children’s Aid Society in New York. She provided case management, offered individual and family therapy to children and their families, and supervised foster care visits between children and parents. She also represented clients from both agencies in the family court system. James later gained valuable experience working in the area of mental health counseling at the Rye Psychiatric Hospital in New York. From 1998 to 2001, she worked in private practice and provided bereavement services, marriage and family counseling, and psychotherapy. James also worked as a part-time instructor and visiting professor for the University of Central Florida School of Social Work, where she taught both undergraduate- and graduate-level courses. She served as a field liaison to Master of Social Work students and conducted on-site visits to the students’ field placement sites. In 2011, she was nominated by the graduating class to deliver the keynote speech.

2015 The purpose of this paper is to identify African-Americans as a specific diverse employee group, and to evaluate diversity policies that affect that group in the workplace. An evaluation of current policies based on workplace inclusion theories is presented, and best practices for a diverse workplace will be identified in the existing literature to provide evidence supporting the benefit of collaboration, respect, and dialogue across culturally diverse groups within organizations. Recommendations will aim to fill any gaps encountered, ethical codes will be integrated and standards to improve current policies and to guide the change process will be provided. African-Americans are citizens of the United States whose ancestors were mostly indigenous to Sub-Saharan Africa, and today they make up 13.1 percent of the total United States’ population (Miley & Wheaton, 2009; United States Census Bureau, 2014).The United States Census Bureau (2014) has projected that by the year 2060, African-Americans will comprise 18.4 percent of the population. Linking African-Americans to the workforce has been difficult, because individual barriers such as subtle racism and prejudice, tokenism and presumed incompetence pose challenges for them (Buttner, Lowe, & Billings-Harris, 2010). The workplace has become more diverse and in the face of laws against racial discrimination, African-Americans still face problems stemming from negative stereotypes to organizational practices (Pitts & Jarry, 2007). Statistical data from the United States Department of Labor (2011) shows that the African-American community as a whole has exhibited poorer workforce outcomes than other races, demonstrating that African-Americans often face inordinate challenges.Further data revealed that unemployment for the nation peaked at 10 percent in October 2009, while the unemployment rate for African-Americans continued to rise before peaking at 16.7 percent in August 2011. African-Americans employed or looking for work made up 11.6 percent of the U.S. labor force in 2011.