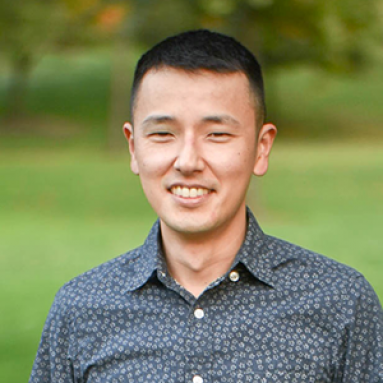 Hans Oh is a social worker and psychiatric epidemiologist who studies the social determinants and health correlates of psychotic experiences. He earned his PhD from Columbia University School of Social Work, and has received fellowships to enhance his training in adult mental health services. These fellowships include a behavioral health fellowship at Yale School of Medicine, where he worked in an acute crisis unit and supervised a peer support program. He also undertook a psychosocial rehabilitation fellowship at the Veteran Affairs in San Diego, where he provided recovery-oriented services to veterans with psychotic disorders. He completed a post-doctoral fellowship in prevention science at the Pacific Institute for Research and Evaluation/UC Berkeley School of Public Health. To reference the work of Hans Oh online, we ask that you directly quote their work where possible and attribute it to "Hans Oh, a faculty at the USC Suzanne Dworak-Peck School of Social Work” (LINK: https://dworakpeck.usc.edu)

Hans Oh, Ai Koyanagi, Ian Kelleher, Jordan DeVylder
2017 Psychotic experiences are associated with a number of poor clinical outcomes, including multimorbid psychopathology, suicidal behavior, and poor treatment response. We wished to investigate the relationship between psychotic experiences and disability, including the following domains: cognition, mobility, self-care, social interaction, role functioning, and days out of role. We used three nationally representative and racially/ethnically diverse samples of the general US adult population: the National Comorbidity Survey Replication (NCS-R), the National Latino and Asian American Survey (NLAAS), and the National Survey of American Life (NSAL). Multi-variable logistic regression analyses were used to assess the associations between lifetime psychotic experiences (visual and auditory hallucinatory experiences and delusional ideation; WHO Composite International Diagnostic Interview psychosis screen) and 30-day impairments in functioning across disability domains (using the WHO Disability Assessment Schedule II). In all three samples, models were adjusted for socio-demographics and co-occurring psychiatric disorders. In the NCS-R, models were also adjusted for chronic health conditions. Across all three studies, our adjusted models showed that people with disability had anywhere from about 1.5 to over 3 times the odds of reporting lifetime psychotic experiences, depending on the domain. This was true for each disability domain, except self-care in the NLAAS and in the NSAL. Psychotic experiences are markers of risk for disability across a wide range of domains. This may explain the elevated rates of service utilization among individuals who report psychotic experiences and supports the need to assess for and respond to psychotic experiences even in the absence of psychotic disorder.

Psychotic Experiences in the Context of Police Victimization: Data From the Survey of Police–Public Encounters | Schizophrenia Bulletin

Jordan E DeVylder, Courtney Cogburn, Hans Y Oh, Deidre Anglin, Melissa Edmondson Smith, Tanya Sharpe, Hyun-Jin Jun, Jason Schiffman, Ellen Lukens, Bruce Link
2017 Social defeat has been proposed as the common mechanism underlying several well-replicated risk factors for sub-threshold psychotic experiences (PEs) identified in epidemiological research. Victimization by the police may likewise be socially defeating among vulnerable individuals and, therefore, may be associated with elevated risk for PEs. However, no prior studies have examined the relation between police victimization and PEs. We tested the hypothesis that exposure to police victimization (ie, physical, sexual, psychological, and neglect) would be associated with increased odds for PEs in the Survey of Police–Public Encounters data (N = 1615), a general population sample of adults from 4 US cities. Respondents who reported each type of police victimization were more likely to report PEs in logistic regression analyses (all P < .01), most of which were significant even when adjusting for demographic variables, psychological distress, and self-reported crime involvement (adjusted OR range: 1.30 to 7.16). Furthermore, the prevalence of PEs increased with greater exposure to police victimization in a linear dose-response relation, OR (95% CI) = 1.44 (1.24–1.66). These findings suggest that police victimization is a clinically important and previously unreported risk factor for PEs in the urban US population. These findings support the need for community-based outreach efforts and greater police training to reduce the prevalence of this exposure, particularly in socially disadvantaged urban communities.