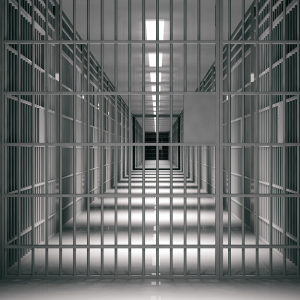 Assistant Professor Robynn Cox explains how the U.S. can mitigate high rates of recidivism with the help of social support services that foster greater economic stability.

For USC Suzanne Dworak-Peck School of Social Work Assistant Professor Robynn Cox, understanding the “why” behind recidivism, and more broadly, mass incarceration in the United States, has underpinned her work for the past 10 years. “As an African American, I have always been interested in the racial and ethnic disparities that exist in the American criminal justice system, especially considering that people across races and ethnicities commit certain types of crimes (e.g., drug crimes) at approximately the same rate,” she said.

Cox has reason to be concerned: In 2017, black people accounted for 33 percent of the sentenced prison population but just 12 percent of the total U.S. population. In the same year, 68.9 percent of all people arrested in the U.S. were white, while 27.2 percent were black or African American. Overwhelmingly, data indicates that black Americans are disproportionately incarcerated despite significantly lower overall rates of arrest.

Meanwhile, the rate of recidivism across the country remains staggeringly high. According to the latest statistics from the U.S. Department of Justice, 83 percent of prisoners released in 2005 were arrested at least once within the nine years following their release. Taking into consideration the racial disparities perpetuated in the U.S. criminal justice system, high rates of recidivism can create a cyclical pattern that further disadvantages African American communities while taking a considerable economic toll on society.

Cox, who is also affiliated with the USC Edward R. Roybal Institute on Aging and the USC Schaeffer Center for Health Policy and Economics, made it her mission to better understand these patterns and has hinged her research on the goal of understanding and bringing light to the structural barriers that impede successful transitions from an incarceration to free society, as well as improving transitional social services for those reentering free society. She shared some of the key insights from her research to illuminate the major forces driving recidivism within the U.S.

According to Cox, effectively analyzing recidivism in the U.S. requires a broader understanding of the evolution of mass incarceration.

“Rates of incarceration in this country have grown tremendously over the last 40 years due to new tough-on-crime policies,” Cox said. “As a society, we’ve begun incarcerating people for minor crimes that in the past wouldn’t have seen jail time.”

As incarceration rates climb, so do rates of recidivism. Cox explained that the successful reintegration of incarcerated individuals into society hinges on robust social support services, including expanded access to housing, employment, and medical services, as well as eliminating structural barriers, such as discrimination.

These services foster economic stability, which has been shown to reduce an individual’s chances of returning to prison. Cox reinforced this connection. “Research suggests that criminal behavior is very responsive to earnings, and to a lesser extent employment,” she said. “If we can work toward ensuring that marginalized groups in general, and those with a criminal record in particular, are able to access good, dignified employment, we can reduce crime and the rates of recidivism.”

The unique challenges faced by those with a criminal record

While a number of social services play important roles in ensuring previously incarcerated individuals gain economic stability and do not reoffend, among the most important factors is an individual’s ability to secure gainful employment, reestablishing social networks, and housing.

“In some of my most recent research, I find that formerly incarcerated individuals who attain employment with firms offering employee stock ownership plans (ESOP) earn greater wages, and are more likely to have access to other non-wage benefits such as childcare benefits, a 401k, tuition reimbursement, and medical and dental insurance.  We also find that these individuals tend to have better mental health: they are less likely to report depressive symptoms,” Cox said.

Unfortunately, obtaining lucrative work is no easy task for those who have served a prison sentence. A 2017 study from the University of Michigan Law School found that employers in New York and New Jersey were 60 percent more likely to call back applicants without records, even when the records detailed only minor crime, such as a single nonviolent felony some two years earlier.

The late Devah Pager, professor of sociology at Harvard University, detailed in her seminal work on this subject that when race is factored in, further discrimination exists. Pager’s study found that “while the ratio of callbacks for nonoffenders relative to ex-offenders for whites is 2:1, this same ratio for blacks is nearly 3:1. The effect of a criminal record is thus 40% larger for blacks than for whites.”

And according to Cox, even if previously incarcerated individuals attain employment, they can be vulnerable to abuse. “Employers know it’s hard for those with a criminal record to find a job,” she said. “This can create an unfair power dynamic, in which the employer may feel empowered to exploit them in the workplace or engage in illegal practices such as wage theft.”

Like all working adults, Cox explains, formerly incarcerated individuals need fulfilling, dignified jobs that are able to sustain them and secure their financial wellbeing. Without this structural support, they may return to a life of crime, perpetuating a sporadic work history that can make developing an employable skill set even more difficult.

Ending the cycle of crime

Beyond ensuring that previously incarcerated individuals have access to adequate career development services and are afforded equal opportunity by potential employers, a comprehensive, family- and community-informed approach to combating recidivism is needed.

City officials across the country are beginning to recognize this need and are increasingly introducing reentry initiatives that provide formerly incarcerated individuals with stable housing and quality employment opportunities. Through these efforts, they aim to not only lay the groundwork for a smooth transition, but also foster familial stability.

“When parents are repeatedly incarcerated, it takes a major toll on the family,” Cox said. “We see higher levels of food insecurity within these families as well as a heightened propensity toward crime among the children of incarcerated parents.”

Cox’s claims are backed, in her study published in the Southern Economic Journal in 2016, she finds that parental incarceration leads to roughly a 4 percentage point increase in the likelihood of food insecurity among households with children; and a recent study published in the journal of Aggression and Violent Behavior, discovers that children of criminal parents are 2.4 times more likely to fall into crime than children whose parents have not served a prison sentence.

One of Cox’s mentee’s, Laura Henkhaus, who earned her PhD in health economics in May 2019 from the USC School of Pharmacy, and for whom Cox served on the dissertation committee, shows that parental incarceration can have lasting effects on children into adulthood. This familial transmission of crime can endure for generations.

Through her research, Cox hopes that more social services, employers, educators and policymakers will step up to the plate to develop not only more robust social support services but a more comprehensive approach to reentry. “To combat recidivism on a national scale, we must break systemic and institutional barriers to reentry and provide formerly incarcerated individuals with the resources they need to excel in today’s society,” she said.