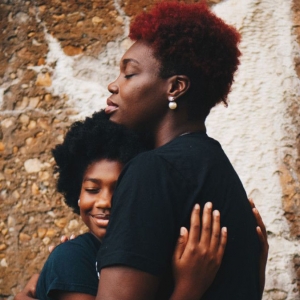 The goals and timelines of academic researchers and those of policymakers are often not aligned to create an effective or timely bridge from research to policy. The Children’s Data Network (CDN) at the USC Suzanne Dworak-Peck School of Social Work, led by co-directors Jacquelyn McCroskey and Emily Putnam-Hornstein, is helping to change that.

The Los Angeles County Board of Supervisors has enacted a motion to explore the decarceration of young women and girls in the Los Angeles juvenile justice system, in support of their “care first, jail last” priority, informed by groundbreaking linked administrative data research findings from the CDN. The study “Dually-Involved Youth: Investigating Intersections Between the Child Welfare and Juvenile Justice Systems in Los Angeles County,” published by the International Journal of Child Abuse and Neglect, documented that dual system involvement with child protection and juvenile justice in LA County is even more common than previously appreciated. Looking at system involvement over time, from childhood through early adulthood, revealed that about two-thirds of all young people with a juvenile probation petition also had child protective services involvement — five times more than the 13% previously estimated.

The study also established that three-fourths of young women with a first probation petition had earlier contact with the child welfare system. When looking at differences by race/ethnicity and gender the differences grow. Four-fifths of Black females had dual system involvement compared to just over half of white males. These findings helped inform a recent youth justice reform motion proposed by Hilda Solis, Los Angeles County Board of Supervisors Chair, calling for attention to the special needs of the girls and young women incarcerated in LA County’s juvenile halls and camps.

“It is always really exciting when we can get research at the right time addressing the right questions to inform a policy debate that is going on,” said Jacquelyn McCroskey, the John Milner Professor of Child Welfare. “Policymakers are not looking to academic journals for what they can do next. We need to bring them data that is likely to be relevant and actionable now.”

The CDN specializes in linked administrative data, with a focus on children who have contact with Child Protective Services. Information from other social service agencies can enhance understanding of this population, with the goal of providing actionable, policy-relevant data to inform children’s programs and policies. This data and research collaborative began with the idea that every social service and health system collects a good deal of data on the children in their systems, but they do not necessarily have the bandwidth for full analysis or linkage to data in other systems. The CDN partners with state and local government agencies to provide a more comprehensive view of children’s involvement in multiple human service systems and inform decision-making.

“When you take a longitudinal lens, instead of looking at contact with an individual system with a specific goal, you are able to orient the data around the life course of the individual and those experiences,” said Andrea Lane Eastman, research assistant professor who co-led the dual involvement study. “Having a cohort starting at birth and following them through age 18 creates a view of the individual, of the girl, of the experience.”

The CDN study that inspired and informed the motion linked administrative data from child protection and juvenile probation for young people with a delinquency petition between 2014 and 2016 to better understand the overlap between systems. Emphasizing the transdisciplinary approach of the CDN, Denise Herz, professor in the School of Criminal Justice and Criminalistics at California State University, Los Angeles, was brought on board to co-lead the analysis. With over 20 years of experience in dual system involvement research, Dr. Herz helped connect the study results to other policy efforts in the county. For example, she and Judge Michael Nash, director of the Office of Child Protection, integrated the results of the study into the LA County Dual Status Youth Workgroup. This workgroup developed recommendations focused on the prevention of delinquency among maltreated youth and the improvement of service delivery for youth and families involved in both systems.

“We wanted to establish a completely new landscape for how dual system youth are defined and identified,” Herz said. “I hope we bring attention to how to better engage these young people and to give them the comprehensive services so they avoid entering the juvenile justice system entirely or for those who do enter the juvenile justice system, exit as fast as possible.”

Having trusted relationships with the policymakers is key to research informing policy. McCroskey sits on the Commission for Children and Families, which advises the Los Angeles County Board of Supervisors on issues impacting at-risk and systems-involved children and families. When McCroskey and the CDN team saw the emerging data about incarcerated young women and their history of dual involvement in child welfare and criminal justice, she elevated it to the Justice Deputy for Supervisor Solis — USC alumna Esther Lim, MSW ’10. Lim was instrumental in drafting the motion and accelerating it to the next level.

“Commission membership and involvement in child and family policy discussions at the county have helped me understand when and how different approaches to data could be helpful,” McCroskey said. “I have relationships with people through years of work on child welfare, juvenile justice, early childhood and other reform efforts in LA and I try to share any new CDN policy and data briefs with those who are most likely to be interested. In this case, I knew Esther when she was a student and knew of the Supervisor’s deep interest in justice reform. Having a former student working for a Board office in a policy-making capacity is wonderful. It’s even more wonderful that we now have several former students working in Board offices on different issues, bringing a social work perspective to policy tables.”

The motion proposed by Supervisor Solis, and approved by the Los Angeles County Board of Supervisors, directs the Probation Department, Youth Development and Diversion Office and other relevant agencies to produce a plan within 45 to 90 days to further decrease the population of incarcerated youth in Los Angeles County, with a specific implementation plan focusing on the decarceration of girls and young women.

“On a national scale, young women and girls are disproportionately affected by domestic violence,” Solis said. “By decarcerating this population, in a safe, evidence-based, and trauma-informed manner, it will not only keep public safety at the forefront but also the needs and well-being of the affected youth and their families.”