The Link Between Childhood Trauma and Obesity

For National Childhood Obesity Week, July 3 - 9, we explore how early traumatic experiences can lead to a lifelong struggle with obesity.

The long-term negative consequences of being overweight, particularly in childhood, cannot be overstated: between 40-70% of obese children will grow up to be obese adults, and will be more likely to develop chronic health problems such as Type 2 diabetes and coronary heart disease. Battling a weight problem early in life can also lead children to develop a negative body image, which may make them more prone to developing eating disorders or body dysmorphia.

Childhood obesity comes down to more than just genetics. It is directly related to the environment in which a child grows up. While a high-sugar, high-fat diet and inactive lifestyle are certainly contributing factors to the growing problem of childhood obesity, there are often other social determinants at play that cannot be so simply treated with diet and exercise. 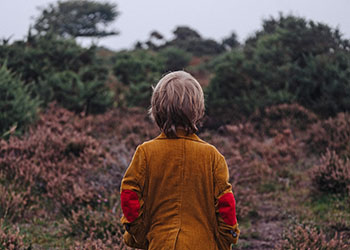 Obesity as a Defense Mechanism

Researchers at the Karolinska Institutet in Sweden recently conducted a meta-analysis of previous studies, which included a total of 112,000 participants, and concluded that being subjected to abuse during childhood leads to a marked increase in the risk of developing obesity as an adult.

This link has been corroborated by the Centers for Disease Control and Prevention. More than six million obese and morbidly obese people are likely to have suffered physical, sexual and/or verbal abuse during their childhoods, according to the CDC’s ongoing ACE Study.

As stated in the insightful article “The Second Assault” published in The Atlantic, "Researchers are increasingly finding that, in addition to leaving deep emotional scars, childhood sexual abuse often turns food into an obsession for its victims. Many become prone to binge-eating. Others willfully put on weight to desexualize in the hope that what happened to them as children will never happen again."

A 2013 analysis of 57,000 women found that those who experienced physical or sexual abuse as children were twice as likely to be addicted to food than those who did not.

Feminist author Roxane Gay details her own experiences of obesity as a defense mechanism against sexual assault in her book “Hunger: A Memoir of (My) Body.” According to The Atlantic, "It’s [about] the body she built to shield herself from the contempt of men and her own sense of shame…She describes much of her ongoing struggle with weight and trauma as a result of being gang-raped at the age of 12 in the woods near her home in Nebraska."

Eating disorders, from anorexia to binging and bulimia to compulsive overeating, can also be a way for victims of abuse to exert "control" over their own worlds and bodies.

Interestingly, childhood trauma can actually have biological effects that contribute to obesity.  Trauma that occurs during critical periods in the brain’s development can change its neurobiology, making it less responsive to rewards.

This deficit of positive emotional feedback more than doubles the likelihood that abused children will become clinically depressed adults, and also increases their risk of addiction. With their brains unable to produce a natural high, many adult victims of child abuse chase comfort and happiness in the form of food.

Adults who have undergone some kind of trauma as children may struggle with the effects of residual stress from the event as well. Excess stress can lead to the release of proinflammatory cytokines, which prevent insulin from being taken up by the muscle cells and can lead to weight gain.

Unexamined childhood trauma can lead to obesity both in the short- and long-term. When treating obesity in adults, it is absolutely critical to seek out and address the underlying causes of their weight gain, which may be rooted in their childhood.