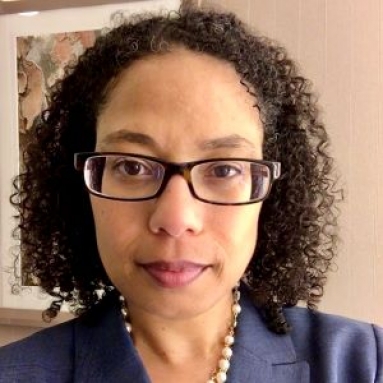 Tyan Parker Dominguez, PhD, MPH, MSW is clinical professor and chair of the Master of Social Work program at the USC Suzanne Dworak-Peck School of Social Work.  Her research focuses on racial disparities in adverse birth outcomes and infant mortality, with an emphasis on racism as a social determinant of health. Dr. Parker Dominguez has served on the U.S. Secretary of Health’s Advisory Committee on Infant Mortality and partnered with organizations, such as the March of Dimes, on initiatives related to health equity and birth outcome disparities. She also is expert advisor to the Center for Health Equity at the University of California, San Francisco.
Parker Dominguez chairs the Board of Directors of the California Black Women’s Health Project, a statewide health advocacy organization, and co-chairs the Improving Pregnancy Outcomes Committee within the American Public Health Association’s Maternal and Child Health section (APHA-MCH).  She has instructed and mentored students at the master, doctoral, and post-doctoral levels.  In the MSW program, she has taught courses in human behavior theory and lifespan development, research, leadership, child development and social policy, spirituality, religion, and faith, and diversity, serving as Lead Instructor for Human Behavior in the Social Environment and Research and Evaluation in Children and Family Services.
Parker Dominguez has been honored with the APHA-MCH Section’s Young Professional of the Year Award, the Hutto Patterson Foundation Distinguished Faculty Award for Outstanding Teaching and Service, and is a co-recipient of the Council on Social Work Education’s Community Impact Award. 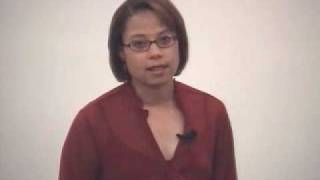 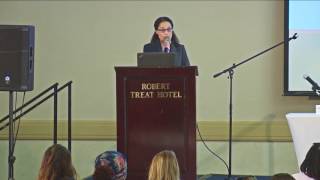 University of California at Berkeley, School of Public Health

University of California at Berkeley, School of Social Welfare

2015 Awarded by the USC School of Social Work

Worry about racism: A missing piece of the puzzle of Black-White disparities in perterm birth? | PLos One

2013
Objective: Research suggests that exposure to racism partially explains why African American women are 2 to 3 times more likely to deliver low birth weight and preterm infants. However, the physiological pathways by which racism exerts these effects are unclear. This study examined how lifetime exposure to racism, in combination with maternal blood pressure changes during pregnancy, was associated with fetal growth. Methods: African American pregnant women (n = 39) reported exposure to childhood and adulthood racism in several life domains (e.g., at school, at work), which were experienced directly or indirectly, meaning vicariously experienced when someone close to them was treated unfairly. A research nurse measured maternal blood pressure at 18 to 20 and 30 to 32 weeks gestation. Standardized questionnaires and trained interviewers assessed maternal demographics. Neonatal length of gestation and birth weight data were collected from medical charts. Results: Childhood racism interacted with diastolic blood pressure to predict birth weight. Specifically, women with two or more domains of indirect exposure to racism in childhood and increases in diastolic blood pressure between 18 and 32 weeks had lower gestational age adjusted birth weight than the other women. A similar pattern was found for direct exposure to racism in childhood. Conclusions: Increases in diastolic blood pressure between the second and third trimesters predicted lower birth weight, but only when racism exposure in childhood (direct or indirect) was relatively high. Understanding pregnant African American women’s lifetime direct and indirect experiences with racism in combination with prenatal blood pressure may improve identification of highest risk subgroups within this population. (PsycINFO Database Record (c) 2016 APA, all rights reserved)

2013
There are marked ethnic and socioeconomic differences in birthweight and childhood asthma, conditions which may be linked causally or via a third variable. Cultural resources are often credited with diminished health disparities in infancy and childhood among subsets of poor and minority populations; yet direct empirical tests of this hypothesis are needed. In this study, ethnicity, lifespan family socioeconomic position (FSEP), and the cultural resource of familism were compared as predictors of birthweight and expression of asthma symptoms (AE) by age three. Familism and lifespan FSEP were assessed in 4633 socioeconomically disadvantaged African Americans, White Americans, and Latinas upon giving birth, as was offspring birthweight. AE was assessed in offspring through age three. Asthma diagnosis by age three was likelier in very low (≤1500 g) and low (≤2500 g) birthweight infants compared to infants born at average (2501–3999 g) or larger (≥4000 g) birthweights. Asthma risk associated with lower birthweight was higher for Latinos (17–35%) and African Americans (19–23%) than for White Americans (13–14%). As predicted, maternal familism was higher among White Americans than among African Americans and Latinas, an effect that was largely driven by ethnic disparities in lifespan FSEP. Familism predicted continuous birthweight (p = .003) and AE (p = .001) by age three independently of ethnicity and lifespan FSEP accounting for appropriate control variables, including maternal biomedical risk, maternal acculturation, parental marital status, and infant sex. There was a 71-g gain in birthweight for every one-unit increase in familism. The protective effect of familism on AE by age three was strongest for participants of lower lifespan FSEP. Maternal familism is one cultural resource that may reduce reproductive and intergenerational health disparities in both U.S.- and foreign-born Americans. Consistent with our previous work, familism and other nonmaterial resources covary with material resources. Nevertheless, culture is distinguishable from lifespan FSEP and ethnicity, and has health implications beyond associations to ethnicity, lifespan FSEP, and related biomedical and sociodemographic factors.