John Prindle is an expert in statistics with applications to psychological studies. 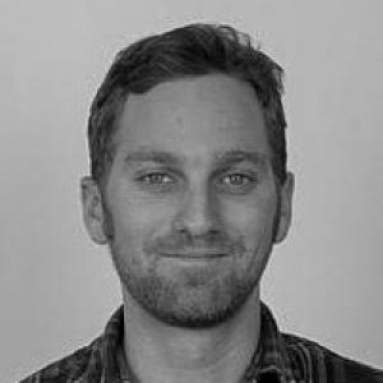 John Prindle is an expert in statistics with applications to psychological studies.

John Prindle is a Research Assistant Professor of Social Work with the Children's Data Network in the Department of Children, Youth, and Families at the University of Southern California.

Brandmaier, Andreas M.; Prindle, John J;. McArdle, John J.; Lindenberger, Ulman
2016 Structural equation model (SEM) trees, a combination of SEMs and decision trees, have been proposed as a data-analytic tool for theory-guided exploration of empirical data. With respect to a hypothesized model of multivariate outcomes, such trees recursively find subgroups with similar patterns of observed data. SEM trees allow for the automatic selection of variables that predict differences across individuals in specific theoretical models, for instance, differences in latent factor profiles or developmental trajectories. However, SEM trees are unstable when small variations in the data can result in different trees. As a remedy, SEM forests, which are ensembles of SEM trees based on resamplings of the original dataset, provide increased stability. Because large forests are less suitable for visual inspection and interpretation, aggregate measures provide researchers with hints on how to improve their models: (a) variable importance is based on random permutations of the out-of-bag (OOB) samples of the individual trees and quantifies, for each variable, the average reduction of uncertainty about the model-predicted distribution; and (b) case proximity enables researchers to perform clustering and outlier detection. We provide an overview of SEM forests and illustrate their utility in the context of cross-sectional factor models of intelligence and episodic memory. We discuss benefits and limitations, and provide advice on how and when to use SEM trees and forests in future research. (PsycINFO Database Record (c) 2016 APA, all rights reserved)

John J. Prindle & John J. McArdle
2012 This study used statistical simulation to calculate differential statistical power in dynamic structural equation models with groups (as in McArdle & Prindle, 2008 McArdle, J. J. and Prindle, J. J. 2008. A latent change score analysis of a randomized clinical trial in reasoning training. Psychology and Aging, 23: 702–719.). Patterns of between-group differences were simulated to provide insight into how model parameters influence power approximations. Chi-square and root mean square error of approximation (RMSEA) power approximation procedures were used to compare the effects of parameter manipulations and how researchers should interpret findings. The chi-square power of perfect fit calls for at least 270 individuals to detect moderate differences, whereas the RMSEA procedure of close fit seems to require as many as 1,450 participants. It is shown that parameters that provide input into the change score that the transfer leads to affect power versus indirect pathways. A discussion of differences in approximation values and future research directions follows.

A latent change score analysis of a randomized clinical trial in reasoning training. | Psychology and Aging

McArdle J.J. and Prindle J.J.
2008 The authors analyzed longitudinal data from a cognitive training experiment--Advanced Cognitive Training for Independent and Vital Elderly--using several alternative contemporary statistical models to test dynamic hypotheses based on latent change scores. The analyses focused on pretest and posttest data for only the group who received Reasoning training compared with the No-Contact (control) group. The initial structural equation modeling (SEM) path model isolated several training effects and an important source of transfer of training, Near-->Far, but this transfer was not increased due to training. The subsequent models, which accounted for pretest differences and latent changes, implied that only the Near measurements were influenced by training, and the change transfer was small. Introduction of common factors for both Near and Far measurements showed the factor patterns were unaffected by training or time and suggested training was a broader effect than in any single variable. The bivariate analysis of common factors did not appear to alter the previous results. Addition of demographic covariates and latent mixture analysis of the trained group led to further results. The uses of contemporary SEMs with experimental data are discussed.