Research and practice interests include reduction and treatment of child maltreatment, with a focus on racial and ethnic disparities. 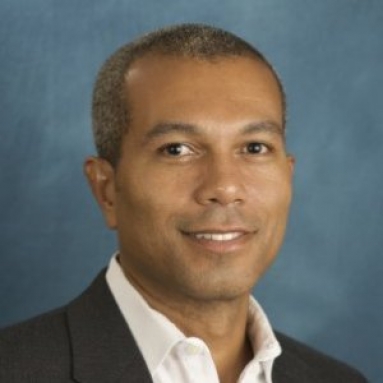 Research and practice interests include reduction and treatment of child maltreatment, with a focus on racial and ethnic disparities.

Devon Brooks joined the faculty in 1999 and teaches human behavior and research methodology in the M.S.W. program and research methodology in the Ph.D. program. His research and practice interests generally revolve around the reduction and treatment of child maltreatment, with a focus on racial and ethnic disparities in the permanency and mental health outcomes of children and families served by public child welfare agencies; risk assessment; assessment of formal and indigenous service needs and utilization; transracial adoption and racial matching policy; gay and lesbian adoption and foster care placements; family preservation; and child welfare innovations. He regularly provides consultation and technical assistance in the area of child welfare and presents at national conferences. He is principal investigator of both "The SPIN Initiative: Evaluation of an In-Home, Strengths and Video Based Intervention for at-Risk Families" and "Enhancing Positive Outcomes in Transracial Adoptive Families Following Implementation of the Multiethnic Placement Act and Interethnic Adoption Provisions." Dr. Brooks is a member of the National Association of Social Workers, the Association of Black Social Workers, the Council on Social Work Education, and the Society for Social Work and Research. He is a member of the editorial board of Children and Youth Services Review, and has most recently published in Child and Family Social Work, Child Welfare, Journal of Abnormal Child Psychology and Social Work. To reference the work of Devon Brooks online, we ask that you directly quote their work where possible and attribute it to "Devon Brooks, a faculty at the USC Suzanne Dworak-Peck School of Social Work” (LINK: https://dworakpeck.usc.edu)

Culture of Mentoring Award (granted to the School of Social Work), University of Southern California

Identifying families with complex needs after an initial child abuse investigation: a comparison of demographics and needs related to domestic violence, mental health, and substance use | Child Abuse & Neglect

James David Simon, Devon Brooks
2017 Families with complex needs related to domestic violence, mental health, and substance use have some of the worst child protective services (CPS) outcomes. Although many of these families are identified during a CPS investigation and subsequently referred to home-based postinvestigation services (HBPS), many are re-reported to CPS, so it is important to understand the postinvestigation experiences of this vulnerable group.

James David Simon, Devon Brooks
2016 This study examined the relationship between different areas of family need and the utilization of home-based, post-investigation services (HBPS) following a child protective services (CPS) investigation. The sample consisted of 2598 families with children who remained at home after an initial CPS investigation between July 2006 and April 2011.

Supporting gay and lesbian adoptive families before and after adoption | Adoption by lesbians and gay men: A new dimension in family diversity

Devon Brooks, Hansung Kim, Leslie H. Wind
2012 For decades, adoption by gay men and lesbians has been controversial. For both the general public and adoption professionals, this controversy has stemmed sometimes from homophobia and at other times from arguably legitimate concerns about the impact of gay adoption on children (Brooks & Goldberg, 2001; Ryan, Pearlmutter, & Groza, 2004).