Professor of social work at USC, training a generation of change makers; storyteller; anti-trafficking warrior; defender of women and girls. 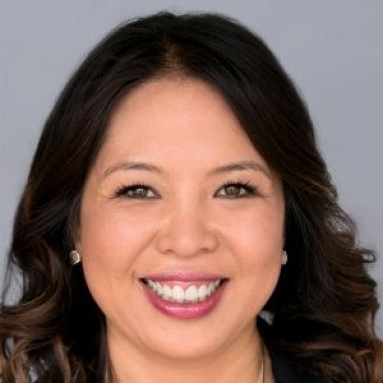 Professor of social work at USC, training a generation of change makers; storyteller; anti-trafficking warrior; defender of women and girls.

Annalisa Enrile is one of the few Filipina PhDs in social work, having chosen the field as a way to bring to light important social issues in the Filipino-American community, the fastest-growing Asian immigrant population. She frequently speaks out against sex trafficking, anti-militarization and exploitative migrant labor. A voice for equity and global justice, the clinical associate professor has been recognized as one of the 100 Most Influential Filipinas in the World (FWN Global 100) for her efforts to stop violence against women. She has worked with students, communities and academic partners to create social change through innovation and collaboration. Enrile, who leads the Philippines immersion program at the school, developed the experiential learning opportunity as a more tangible means to study and chronicle human rights violations. Her goal is to help students understand how social work theory is put into practice on a global scale using hands-on skills that transfer to their work in the United States. Capstone projects involve the collaboration between students and Filipino grassroots organizations working to address pertinent social issues within the country through sustainable partnerships. Enrile uses these techniques of engagement in her teaching, developing and facilitating unique pedagogies for online and on-campus students. Enrile is active in community organizations, including serving on several anti-trafficking task forces, and is on the board of the Mariposa Center for Change, an organization that serves women and children of color. She consults with organizations such as the Coalition to Abolish Slavery and Trafficking (CAST), YWCA Greater Los Angeles, and Search to Involve Pilipino Americans (SIPA). Enrile teaches in the school's Virtual Academic Center and City Center, and at the USC University Park Campus. Enrile currently serves as the chair of the Community Organization, Planning and Administration (COPA) Concentration, the co-chair of the foundation-year Human Behavior sequence, and the lead instructor of several courses. To reference the work of Annalisa Enrile online, we ask that you directly quote their work where possible and attribute it to "Annalisa Enrile , a faculty at the USC Suzanne Dworak-Peck School of Social Work” (LINK: https://dworakpeck.usc.edu) 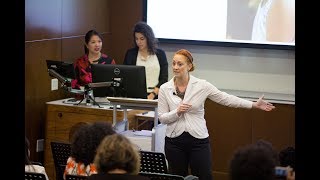 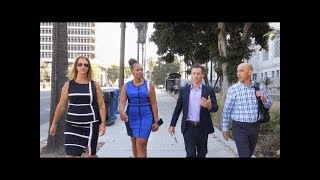 Awarded by the Filipina Women's Network

2012 Recognizing the importance of expanding teaching and field education practice within a more globalized framework, this case study focuses on one way of transmitting global education of social workers through a global immersion program. Though globalization is not a new phenomenon, the increasing infiltration of globalized economic markets have created many new social inequalities and vulnerabilities that impact societies and populations around the world, particularly women. Thus, the program draws from critical feminist and complex world systems theories to examine social, economic, and political injustices against women and ways to elicit social action from a global perspective. Established in 2006, the course goes beyond the traditional notions of a ‘study abroad’ program and creates a learning space where students are able to gain hands on experience within a specific country’s environment while providing skills that could be used in both international and domestic circumstances.

2009 For decades, women's organizing has been predominately territorial-bound and geographically placed. However, since the 1990s there has been a shift to broader theorizing of global sisterhoods and the opportunity for solidarity, especially around gender justice and liberation movements. The United Nations Decade for Women (1976 to 1985) opened a dialogue of North/South and First World/Third World dichotomies. The 1995 Fourth United Nations Conference on Women and NGO Forum in Beijing, China brought the issue of solidarity practices to the forefront. The rise of international women's conferences has aided in the push for more transnational feminist organizing and the need to address economic, political, and social arenas of women's struggle.

Differences in attitudes towards women among three groups of Filipinos: Filipinos in the Philippines, Filipino American immigrants, and US born Filipino Americans | Journal of Ethnic & Cultural Diversity in Social Work

2007 This study examined the relationship between acculturation and attitudes towards women. The study focuses on 390 native Filipino, immigrant Filipino, and U.S. born Filipino American undergraduate students. Early research on acculturation has assumed that as people become acculturated to their host cultures, their own culture of origin weakens. Whether a group's cultural values and attitudes change may be tied to acculturation. For example, research has found that gender role expectations are associated with changes in core cultural values. Thus, this study utilizes the Attitudes Towards Women's scale to measure changes in cultural values. Changes in values due to acculturation may affect family dynamics, including family conflict, within this population. This study revealed that Filipinos do not follow the typical acculturation framework wherein the longer a group is in the host country the more acculturated they become. This study found that although native Filipinos did have the most conservative attitudes towards women, that immigrant Filipinos had the most egalitarian, even more so than U.S. born Filipino Americans who were expected to have the highest scores, because of their higher level of acculturation. The findings suggest that acculturation may not exhibit a clear linear progression as presented in past literature.