Professor Davis is an Associate Professor in the Department of Children, Youth and Families. 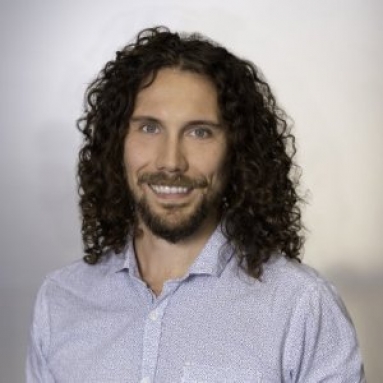 Professor Davis is an Associate Professor in the Department of Children, Youth and Families.

Jordan Davis is an assistant professor in the department of Children, Youth and Families. He has devoted much of his career to research addressing substance use and the developmental needs of marginalized and vulnerable populations. Davis also focuses on the utility and development of longitudinal data analyses in the structural equation modeling framework. Davis’ primary research focuses on substance use disorder treatment among marginalized youth. His intervention work mainly concentrates on Mindfulness-Based Relapse Prevention and how it can be utilized to address issues facing at-risk youth. Davis has conducted the first randomized controlled trial assessing Mindfulness-Based Relapse Prevention and the effect on stress, craving and substance use among at-risk young adults in residential treatment. Davis’ research spans to understanding both psychological and physiological stress responses and self-regulation, and how changes in these systems can alter treatment and developmental outcomes. Recently, Davis has focused on understanding how the development of early life risk and protective factors are associated with sexual violence victimization and perpetration, as well as teen dating violence. Davis has been funded by the National Institute on Drug Abuse, the Fahs Beck Fund for Experimentation, and the Centers for Disease Control and Prevention. He has been named a Fahs-Beck scholar, a Society for Social Work Research Doctoral fellow, and has received numerous awards for his doctoral work on marginalized young adults. To reference the work of Jordan Davis online, we ask that you directly quote their work where possible and attribute it to "Jordan Davis, a faculty at the USC Suzanne Dworak-Peck School of Social Work” (LINK: https://dworakpeck.usc.edu)

Jordan P. Davis, Nina C. Christie, Sheila Pakdaman, Justin F. Hummer, Jessenia DeLeon, John D. Clapp, Eric R. Pedersen
Individuals may drink or use cannabis to cope with social anxiety, and drinking or using cannabis prior to social situations (e.g., pregaming) may be a way to limit the experience of anxiety when entering social settings. However, theoretical and empirical work has reported mixed associations between social anxiety and substance use, specifically alcohol and cannabis. Little work has looked at how other variables, such as impulsivity (a central component to high risk drinking such as pregaming), may shed light onto these mixed findings. College students who reported past year pregaming (n = 363) completed self-report surveys. Supporting prior work, we found that social anxiety was associated with fewer pregaming days, even among those high in sensation seeking. However, those reporting higher social anxiety also reported higher cannabis use during pregaming, specifically among those who reported high sensation seeking and high positive urgency. Results suggest specific facets of impulsivity may affect the association between social anxiety and cannabis use during high risk drinking events.

Opioid misuse has emerged in recent years as a major public health concern in the United States, particularly for adolescents and emerging young adults. We examined the association of opioid misuse from ages 18 to 20 with four domains at age 21–22: risk behaviors and consequences; health; social functioning; and emerging adult roles. Participants were surveyed annually from 2008 through 2019. The sample includes N = 2880 youth from waves 8–11. The sample was approximately 18 years old at wave 8; 54% female, 46% Hispanic, 20% white, 20% Asian, 2% Black, and 11% multiracial. Opioid misuse was low in this general sample of young adults, with about 4% reporting misuse from age 18–20. We used latent growth curve modeling to examine how misuse from ages 18–20 was associated with functioning at age 21–22. Adolescents who reported opioid misuse at age 18 also reported more negative consequences from alcohol and cannabis use and greater odds of other prescription drug misuse at age 21–22 than those with no misuse. Those reporting opioid misuse at age 18 were also more likely to engage in sexual risk behaviors, report delinquent behavior, and have a higher likelihood of experiencing sexual victimization and engaging in sexual perpetration at age 21–22 than those with no misuse. Neither the intercept nor slope of opioid misuse was associated with depression, anxiety, physical health or ailments, satisfaction with friends, romantic relationship functioning, or emerging adult roles at wave 11. Findings highlight the importance of screening and brief intervention for adolescents reporting opioid misuse.

Predictors of Opioid Misuse During Emerging Adulthood: An Examination of Adolescent Individual, Family and Peer Factors | Drug and Alcohol Dependence

Opioid misuse has reached epidemic proportions among emerging adults in the U.S. To inform prevention efforts, this study examined adolescent factors related to alcohol and marijuana (AM) use that are associated with a higher or lower risk for opioid misuse during emerging adulthood.

Substance use outcomes for mindfulness based relapse prevention are partially mediated by reductions in stress: Results from a randomized trial | Journal of Substance Abuse Treatment

Jordan P. Davisa,⁎, Daniel Berryb, Tara M. Dumasc, Ellen Ritterd, Douglas C. Smithe, Christopher Menardf, Brent W. Robertsg
Mindfulness based relapse prevention (MBRP) has demonstrated efficacy in alleviating substance use, stress, and craving but how MBRP works for marginalized young adults has not been investigated. The current study used a novel rolling group format for MBRP as an additional intervention for young adults in residential treatment. We tested the hypothesis that MBRP (plus Treatment as usual (TAU)) would reduce stress, craving, and substance use among young adults in residential treatment relative to treatment-as-usual plus 12-step/selfhelp meetings (TAU only). Further, we examined whether reduced stress during treatment was a potential mechanism of change operating in MBRP. Method: Seventy-nine young adults (Mage=25.3,SD=2.7;35%female) were randomly assigned to MBRP (n=44) or TAU (n=35). Follow-up assessments were conducted bi-monthly for self-reported measures of stress, craving, and substance use. Results: At treatment completion young adults receiving MBRP had lower substance use (d=−0.58, [−0.91, −0.26]), craving (d=−0.58, [−1.0, −0.14]), and stress (d=−0.77 [−1.2, −0.30]) relative to TAU condition. Reduced stress during treatment partially mediated observed outcome differences between MBRP and TAU for substance use (βindirect=−0.45 [−0.79, −0.11]). Conclusions: Results suggest that MBRP is a useful and appropriate intervention for marginalized young adults. Further, our results suggest that the effects of MBRP on long-term substance use outcomes may be partially explained by reduced stress.

Substance Use Prevention and Treatment Outcomes for Emerging Adults in Non-College Settings: A Meta-analysis | Psychology of Addictive Behaviors

Testing a matching hypothesis for emerging adults in Project MATCH: During-treatment and 1-year outcomes | Journal of Studies on Alcohol and Drugs, 78(1), 140-145

Young adulthood is the crucible of personality development | Emerging Adulthood

The longitudinal associations between substance use, crime, and social risk among emerging adults: A longitudinal within and between-person latent variables analysis | Drug and Alcohol Dependence, 165(1), 71-78.

Cannabis withdrawal, post treatment abstinence, and days to first cannabis use among emerging adults in substance use treatment | Journal of Drug Issues, 46(1), 64-83.

Examining within-person and between-person effects of victimization and social risk on cannabis use among emerging adults in substance use treatment | Psychology of Addictive Behaviors, 30, 52-63.

[Review of the book The Body Keeps the Score: Brain, Mind, and Body in the Healing of Trauma] | Journal of Social Work Practice in the Addictions 15(1), 131-133.

Racial Matching and Adolescent Self-Disclosure of Substance Use and Mental Health Symptoms | Ethnicity and Substance Use, 1-13.

A conceptual framework for understanding the association between school bullying victimization and substance misuse. | The American Journal of Orthopsychiatry, 84 (6) 696-710.