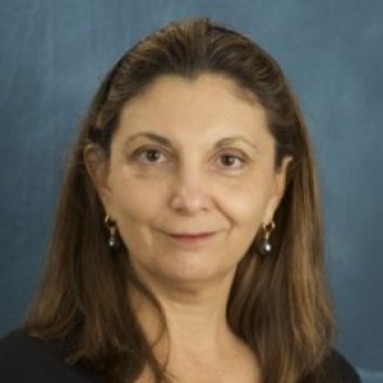 Prior to joining the USC faculty in 1983, Helen Land was a psychiatric social worker and in-service coordinator, first with emotionally disturbed children and their families in residential treatment, and later with abused, neglected and high-risk infants and their families. Her research focuses on ways in which culture and gender factors, stress, role strain, coping and spirituality interact to affect both physical and mental well-being in vulnerable populations, particularly those struggling with immigration, poverty, violence, HIV/AIDS and family caregiving. Her publications include articles on longitudinal investigations examining how stress proliferation, stress buffers, and physical and mental well-being differ across various groups infected and affected by HIV/AIDS, including heterosexual females, men who have sex with men (MSM), Anglo men and women, and Latinas. She has published validation studies examining factorial invariance across groups affected by HIV, and she has developed ethnic sensitive burden instruments for the assessment of stress proliferation in caregiving. In addition to authoring AIDS: A Complete Guide to Psychosocial Intervention, Land is co-editor (with Herman Curiel) of Outreach and Care Approaches to HIV/AIDS along the U.S.-Mexico Border. She is also the consulting editor on several social work journals. Land consults and trains in the areas of couples and family therapy, spirituality and clinical practice, and HIV/AIDS. Formerly chair of the Mental Health concentration in the Master of Social Work program, she continues to teach advanced clinical practice courses and elective classes in couples therapy, spirituality, religion, and faith in clinical practice, as well as Explanatory Theories of Human Behavior and Theories and Practice with Small Systems in the doctoral program. To reference the work of Helen Land online, we ask that you directly quote their work where possible and attribute it to "Helen Land, a faculty at the USC Suzanne Dworak-Peck School of Social Work” (LINK: https://dworakpeck.usc.edu)

Land, Helen, Sharon M. Hudson, and Burton Stiefel
2002 In a survey of 154 Latina AIDS caregivers living in Los Angeles, we examined differences in the stress process for those who were HIV seropositive, seronegative, and those with an unknown serostatus. Most caregivers were monolingual, poor, suffered from chronic physical illness unrelated to HIV, and received few services. All three subsamples reached clinical cut-off levels for depression on the brief symptom inventory.