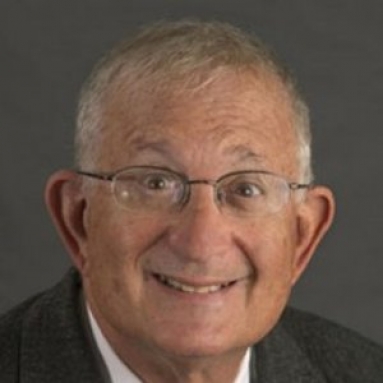 Although a medical sociologist by training, Dr. Charles Kaplan has sought a balance between social work, sociology and social epidemiology during the course of his prolific research career exploring the patterns of drug use, drug treatment strategies and social policy. His path can only be described as multidisciplinary and can be traced back to his undergraduate days as a political science major at Tulane University. Kaplan found he was less interested in diplomacy or international relations and more attracted to sociology, particularly after taking a seminar on the subject during his senior year. Drawn to the social upheaval occurring in 1960s California, he headed to UCLA to earn a master’s degree and doctorate in sociology. During his time at UCLA, he received training in biomedical research through the National Institute of General Medical Science and began examining the connection between brain function and language, one of the first efforts to link neuroscience and sociology. His experiences in the lab sparked an interest in drug abuse and addiction, then a nascent field in terms of research. After a few years as an assistant professor at Rutgers University, Kaplan accepted an invitation to participate in an exchange program with Frankfurt University. Europe was just beginning to experience the effects of the heroin epidemic when Kaplan arrived. Due to his previous sociological experience and interest in drug addiction, he quickly gained traction studying the patterns and spread of illicit substance use. Kaplan later joined the Department of Social Psychiatry of Erasmus University in Rotterdam and established the Addiction Research Institute before taking a position as research professor at Maastricht University, where he led the Drug Abuse Research Division of the International Institute for Psychosocial and Socioecological Research. In addition to exploring the spread of heroin throughout Germany, he became interested in differing treatment standards and drug policies among European countries, eventually exploring various community approaches and residential treatment care methods in 13 nations—then the largest funded research project in Europe on drug addiction.

Predicting the Mental Health and Functioning of Torture Survivors | The Journal of Nervous and Mental Disease
2017 The psychological effects of war represent a growing public health concern as more refugees and asylum seekers migrate across borders. This study investigates whether sociodemographic, premigration and postmigration, and psychosocial factors predict adverse psychiatric symptoms in refugees and asylum seekers exposed to torture (N = 278). Hierarchical linear regressions revealed that female sex, older age, and unstable housing predicted greater severity of anxiety, posttraumatic stress disorder (PTSD), and depression. Cumulative exposure to multiple torture types predicted anxiety and PTSD, while mental health, basic resources (access to food, shelter, medical care), and external risks (risk of being victimized at home, community, work, school) were the strongest psychosocial predictors of anxiety, PTSD, and depression. Also, time spent in the United States before presenting for services significantly predicted anxiety, PTSD, and depression. Consequently, public-sector services should seek to engage this high-risk population immediately upon resettlement into the host country using a mental health stepped care approach.
Stages of Change Model has Limited Value in Explaining the Change in Use of Cannabis among Adolescent Participants in an Efficacious Motivational Interviewing Intervention | Journal of Psychoactive Drugs
2017 Previously, a Dutch randomized controlled trial evaluating an intervention aimed at changing adolescents’ cannabis use, called Moti-4, has shown its efficacy. A secondary analysis of the Moti-4 data investigated the process of change specified by the Stage of Change (SOC) model in cannabis use during the trial. Seventy-one Moti-4 participants and 60 controls were recruited for the study with a pre-test, post-test (T1), and six-month follow-up (T2). All participants showed signs of problematic cannabis use. No contribution of the Moti-4 intervention to a change in SOC between T1 and T2 was found. Although motivation for treatment and motivation for change can be conceived as independent predictors of treatment outcome, the SOC a person is in does not mediate the effect of the intervention on change in cannabis use. However, a reduction in cannabis use was associated with a positive change in “action willingness,” in line with the SOC model. In contrast to model expectations, a higher score on “contemplation” is associated with a higher cannabis consumption. Results highlight both the limitations and usefulness of the SOC model. Future interventions may focus more on the stage of “action willingness,” as well as on perceived social norms.
Building Trust and Diversity in Patient-centered Oncology Clinical Trials: An Integrated Model | Clinical Trials
2017 Trust is the cornerstone of clinical trial recruitment and retention. Efforts to decrease barriers and increase clinical trial participation among diverse populations have yielded modest results. There is an urgent need to better understand the complex interactions between trust and clinical trial participation. The process of trust-building has been a focus of intense research in the business community. Yet, little has been published about trust in oncology clinical trials or the process of building trust in clinical trials. Both clinical trials and business share common dimensions. Business strategies for building trust may be transferable to the clinical trial setting. This study was conducted to understand and utilize contemporary thinking about building trust to develop an Integrated Model of Trust that incorporates both clinical and business perspectives.
Assessing the Efficacy of MOTI-4 for Reducing the Use of Cannabis Among Youth in the Netherlands: A Randomized Controlled Trial | Journal of Substance Abuse Treatment
2016 The Moti-4 intervention, in which motivational interviewing, self–monitoring, and strengthening behavioral control are used, was developed in the Netherlands in response to several rapid assessments of problematic use of cannabis among vulnerable adolescents. The main goal of the study reported in this article was to determine whether the Moti-4 intervention was able to reduce two outcome measures pertaining to the level of cannabis use; the amount of Euros spent a week on cannabis and the mean number of cannabis joints (cigarettes) smoked in a week.
The Influence of Informal Social Control Processes on Drug Trajectories and Delinquent Behavior Among Mexican American Gang Members | Drug Use Trajectories Among Minority Youth
2016 Mexican American youth represent one of the fastest growing subpopulations with persons of Mexican origin comprising approximately 65 % of the Hispanic population in the United States (U.S. Census Bureau 2008). Mexican Americans also represent a disproportionate percentage of both substance using and gang populations (Valdez and Sifaneck 2004). In part, this may be due to both a young Mexican American age composition that reflects immigration patterns and an age-graded proclivity towards adolescent substance use and gang membership. In addition, due to socioeconomic disadvantages, Mexican American youth may be at an elevated risk for compromised social bonds and subsequent delinquent behaviors. This chapter employs a life course perspective to examine the extent that adolescent informal social control processes mediate the relationship between gang memberships and adolescent delinquent behavior in a population of young Mexican Americans.