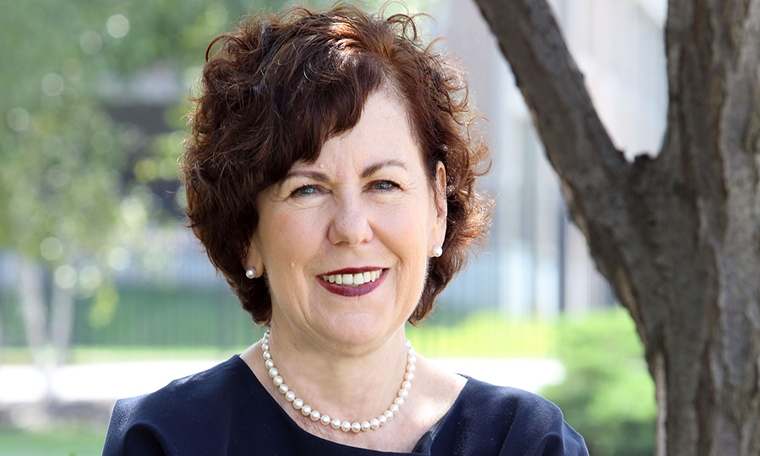 Sarah Gehlert, PhD comes to USC after having served as dean of the College of Social Work at the University of South Carolina, University of South Carolina Educational Foundation Distinguished Professor. Prior to her move to the University of South Carolina, Dr. Gehlert served as the E. Desmond Lee Endowed Professor of Racial and Ethnic Diversity in St. Louis (WUSTL), where she was the co-program leader of the Prevention and Control Program of the Siteman Cancer Center, associate director of the Transdisciplinary Center of Energetics and Cancer (TREC), training program director of the Program for the Elimination of Cancer Disparities (PECaD) and co-chair of the Center for Community Engaged Research at the WUSTL Institute for Clinical and Translational Sciences (a CTSA).

Prior to joining the Brown School at WUSTL, Dr. Gehlert was the Helen Ross Professor at the School of Social Service Administration (SSA) and held join appointments at Institute for Mind and Biology and the Department of Comparative Human Development at the University of Chicago. She served as SSA's deputy dean for research and was associate director of the University of Chicago's Institute for Translational Medicine (a CTSA). She also was principal investigator of the university's NIH-funded (P50) Center for Interdisciplinary Health Disparities Research and of its four research projects, and co-principal investigator of the Health Disparities and Communities Core of the CDC-funded (P30) Chicago Center of Excellence in Health Promotion Economics. She was principal investigator of the PHS-funded Chicago Maternal and Child Health Training Program.

Dr. Gehlert's publications focus on social environmental influences on health, especially the health of vulnerable populations. She studies neighborhood and community factors as they effect psychosocial functioning, gene expression, and tumorigenesis in breast cancer. Dr. Gehlert was a member of the Board of Scientific Counselors of the National Human Genome Research Institute from 2010-2016. She currently is a member of the Council for Extramural Grants at the American Cancer Society and the Steering Committee of the California Breast Cancer Research Program.

Dr. Gehlert currently serves as past-president of the American Academy of Social Work and Social Welfare (AASWSW) and has served as president of the Society for Social Work and Research (SSWR). She has served on the editorial boards of several journals within the profession. She is a fellow in The Academy for Transdisciplinary Learning and Advanced Science. She was named the Public Health Social Worker of the Year in 2018 by the American Public Health Association.